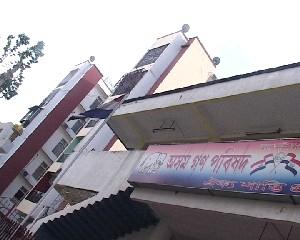 Nature may have inflicted serious blow to Uttarakhand, but in Assam the people has inflicted serious blow to the Assam Gana Parisad. The AGP crisis started after its poor performance in the recently concluded Guwahati municipal election. A lot of hue and cry started followed by resignation by few leaders from the working committee and few packed to move to other party.

AGP was once held in high esteem, it was a party of hope, a party of change, a party that would voice against 'illegal migrants', a party of Assamese emotion, and a party that had come to existence after the 855 martyrs had sacrificed their lives during Assam agitation, a movement against illegal migrants. It was in 1985 after signing the Assam Accord between the All Assam Students Union and Rajiv Gandhi, the then Prime minister, the Assam Gana Parishad came into existence, and ruled the state for two terms with Prafulla Kumar Mahanta as the Chief Minister.

The story of the AGP, is “so far but no so good and not good at all”, and finally after the municipality election, where the party got only one councilor's seat, against 11 by the BJP and 19 by the Congress in a total number of 31 seats. In the last 126-seats-assembly-election, AGP won 10 seats. However some top members still hope for good against all odds. “This happens in politics, take West Bengal – Congress had to wait for 30 long years to rule the state. See Uttar Pradesh and Bihar, there is no Congress” - said Dr. Kamala Kalita in a recent press meet at the AGP headquarter, who was once the health minister during the AGP’s rule. However the media took no time to hit back at the leaders asking not to compare AGP with other parties like Congress. The reason is that the party was born in a different circumstance which was ‘unique’ in the country. The party had the emotional support of Assamese people while the masses were hoping that the party will take all steps against illegal migrants.

Most party leaders and workers have complained about the leadership of the party resulting downfall of the party. Party leaders gave less scope to the younger generation, not building a second line of leaders for the long run and many other issues. “We will bring change, and we are trying to bring young faces, you can see the constructive change. We have given tickets to young people in the recently concluded GMC election” said Durga Das Boro, General Secretary of the AGP. “As of now we can’t say as to what new changes the party will work on, it will be discussed in the party meeting” Boro adds.

AGP got a massive blow when Sarbananda Sonowal, left the party and joined BJP. Now he is president of state BJP. Sonowal was instrumental in getting repealed the controversial IM(DT) Act by supreme court while he was in the AGP, following which he was given a hero’s welcome in the state in year 2005. Very recently, Apurba Bhattacharya, a young leader who was in charge of the Vice-President post of the AGP, left for congress. BJP has already announced that it will welcome any AGP workers to join the party including leaders.

“Why have you come to cover the news of a dead body? AGP is dead” commented an emotional supporter. It won’t be any surprise if more leaders choose to leave the party.

Little time remains for the party to win back the confidence of voters for the 2014 Lok Sabha election. It is now or never of the AGP. As for the leaders holding high posts in the party should not dream of any overnight miracles to happen that will bring the party to power, instead it’s time to begin from the "scratch". 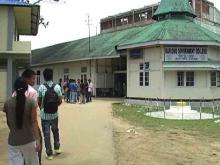 16 Jun 2013 - 9:14am | Anup Biswas
Future of hundreds of students of Dima Hasao district has become uncertain as they were denied the admission in the Haflong Government College for the lack of accommodation in the College. The...