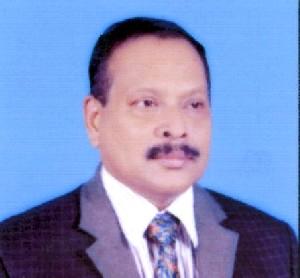 People of Udalguri district expressed happiness at Thaneswar Malakar,DC Udalguri receiving Ananta Ram Das literary award 2013.Eminent writer, scholar and an administrator known for his people friendly nature and activities Thaneswar Malakar has added another feather on his cap as he has been nominated for the award. This has been disclosed by Ananta Ram Das memorial Publication. Earlier Thaneswar Malakar who has earned a high reputation for his integrity and dedication to the service and known for his development works was awarded the prestigious ‘Hem Barua literary award for best travelogue’ instituted by Axom Xahitya Xabha (AXX) for his travelogue “Yatra”. The AXX has been instituting the award in memory of veteran Parliamentarian known for his eloquence Hem Barua and conferred the award onThaneswar Malakar who has been rendering his sincere service as the Deputy Commissioner in Udalguri district on February 4 last in the open session of AXX held at Barpeta Road in Lower Assam.

The Ananta Ram Das Memorial publication has been conferring the award every year to an eminent writer, artiste or an drama personality of the state in recognition of their talents and creativity. Meanwhile various organizations including media organizations and students’ organizations and all section of the society in Udalguri district have expressed their pleasure and congratulated the Deputy Commissioner Malakar on being conferred this prestigious honour on him. Media person Jayanta Kumar Das, Diganta Sarma, Durlav Baruah, Hitesh Hazarik and Hemanta Kumar Barua, social activist Dalim Bayan, Green Society,Udalguri;Darrang District Committee of AXX, Mangaldai Media Circle, Darrang Study Circle, Kalaigaon Press Club;Tangla Press Club etc also congratulated Malakar .

18 Jul 2015 - 5:06pm | Azlina Khanam
Patriotic citizens of Assam is taking out a protest rally on Sunday to demonstrate their angers against the ULFA (Independent) militants, who have been targeting the unarmed people of Assam for many...

31 Mar 2012 - 12:04am | Ritupallab Saikia
A three day long Anwesha book fair gets underway at Golaghat from today. The book fair has been organised at the Dandadhar Girls High School under the aegis of Golaghat Dist. administration in...