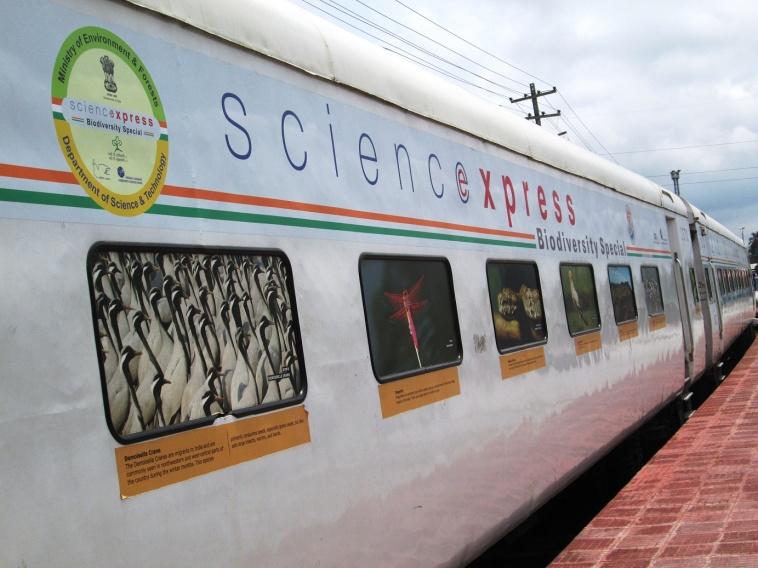 The state-of-the-art exhibition aboard the SEBS aims to create widespread awareness on unique biodiversity of India, climate change and related issues among various sections of society, especially the students. This is an initiative of Department of Science and Technology and Ministry of Environment and Forests, GOI.

Out of the 16 coaches, 8 are solely dedicated to showcasing the myriad of biodiversity spread across the bio-geographical zones of India.   These includes Trans-Himalaya and the Himalayas, the Gangetic Plain, North East India, The Desert and Semi Arid Zone,  the Western Ghats, the Deccan Peninsula, the Coasts and Islands. The exhibition also covers various facets like marine, coastal, forest, microbial, agro biodiversity and their linkages with livelihoods besides challenges of conservations.

9 Aug 2014 - 9:14am | AT News
The Hailakandi district administration has suspended at least 30 school teachers alleging dereliction in their duties. This was followed by serving show cause notice to deputy inspector of schools...