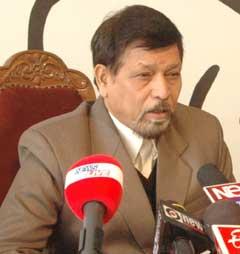 Asom Gana Parisahd president Brindabon Goswami had a narrow escape at a roadmishap in Raha on Thursday afternoon. But his driver was injured in the mishap. The inured friver has been rushed to the hospital and is undergoing treatment.

14 Jun 2015 - 11:42am | AT News
Outgoing AJYCP president Manoj Baruah has joined BJP on Sunday after he was assured of ticket to contest from Pattacharkuchi in Barpeta district in the next assembly polls.Baruah joined the party...