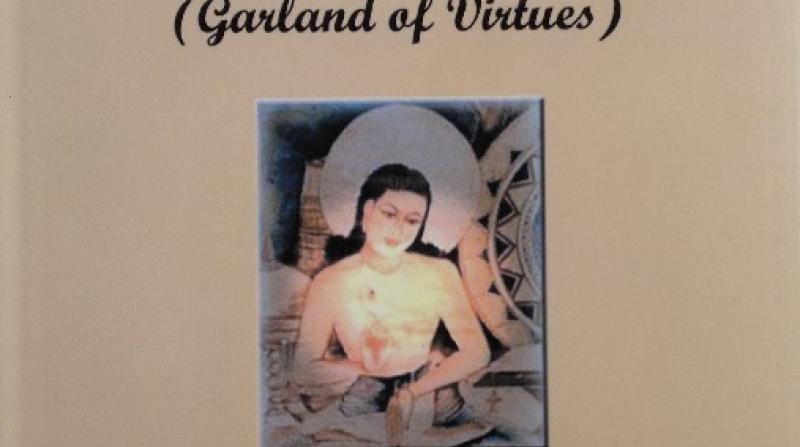 The hard bound edition also contains English transliteration of the original verse with diacritical marks. This has been done by Jadav Chandra Mahanta, eminent Sattriya artist from Bogi Ai Alengi Sattra, Titabor. He elucidated briefly the ideas embedded in Gunamâlâ. Governor of Assam J.B. Patnaik sent his greetings for the translation work. The book has been published by ‘Society for Srimanta Sankaradeva’, which earlier published English translation of Srimanta Sankaradeva’s Bargeet under the title ‘Great Songs’. The publication of the Gunamâlâ’s English edition (Garland of Virtues) has been sponsored by Bhoirob Chandra Mahanta of Thukubil Sattra, Golaghat. He was felicitated on the occasion. The Society for Srimanta Sankaradeva made him a Patron Member of the Society in recognition to his patronage. 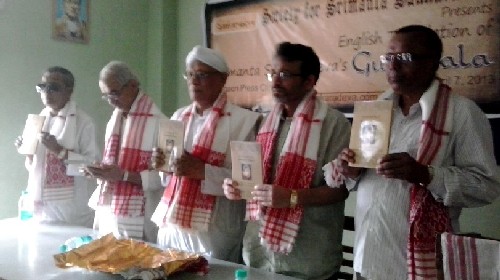