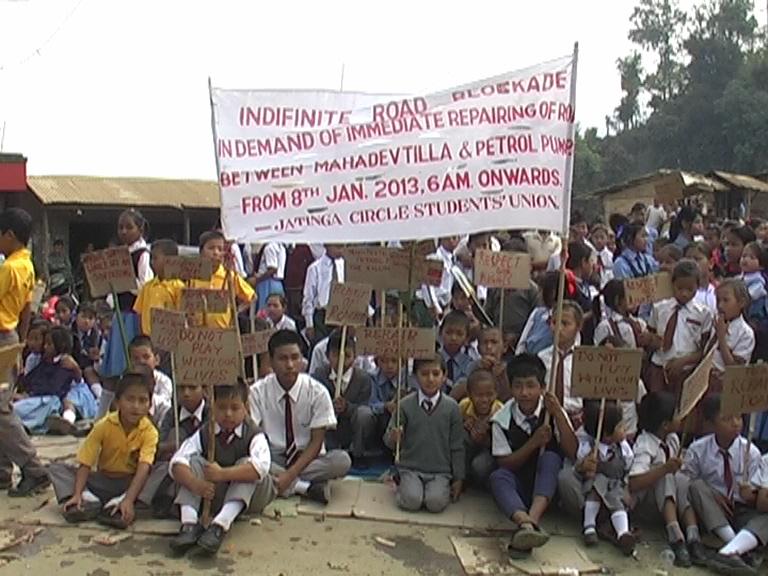 Demanding immediate repair of the road between Petrol Pump to Jatinga point, the Jatinga circle Students Union blocked the road on Friday for indefinite period.

The Jatinga point to Haflong post office is the feeder road a stretch of only 9 km which connects the East- West Corridor at Jatinga point was in deplorable condition since long. The people of Jatinga circle have been facing utter difficulties due to indifferent attitude of the authority concerned towards the road. They have already made several approaches to the administration as well as the high ups but nothing was done so far.

Following today’s road blockade, the district administration wakening from slumber tried to convince the students and held a meeting at the conference hall of the Deputy Commissioner, Dima Hasao. DHD Chairman, Dilip Nunisa along with other citizens of Haflong attended the meeting, besides departmental heads.

Later with the assurance of immediate repair from the district administration, the Jatinga circle Students Union has withdrawn their agitation for the time being.

7 Sep 2015 - 9:56am | Jintul Talukdar
In a bizarre incident, fist of its kind in the state, a poor farmer committed suicide after flood waves repeatedly damaged his crops in Barpeta district on Sunday.The tragic incident took place at...