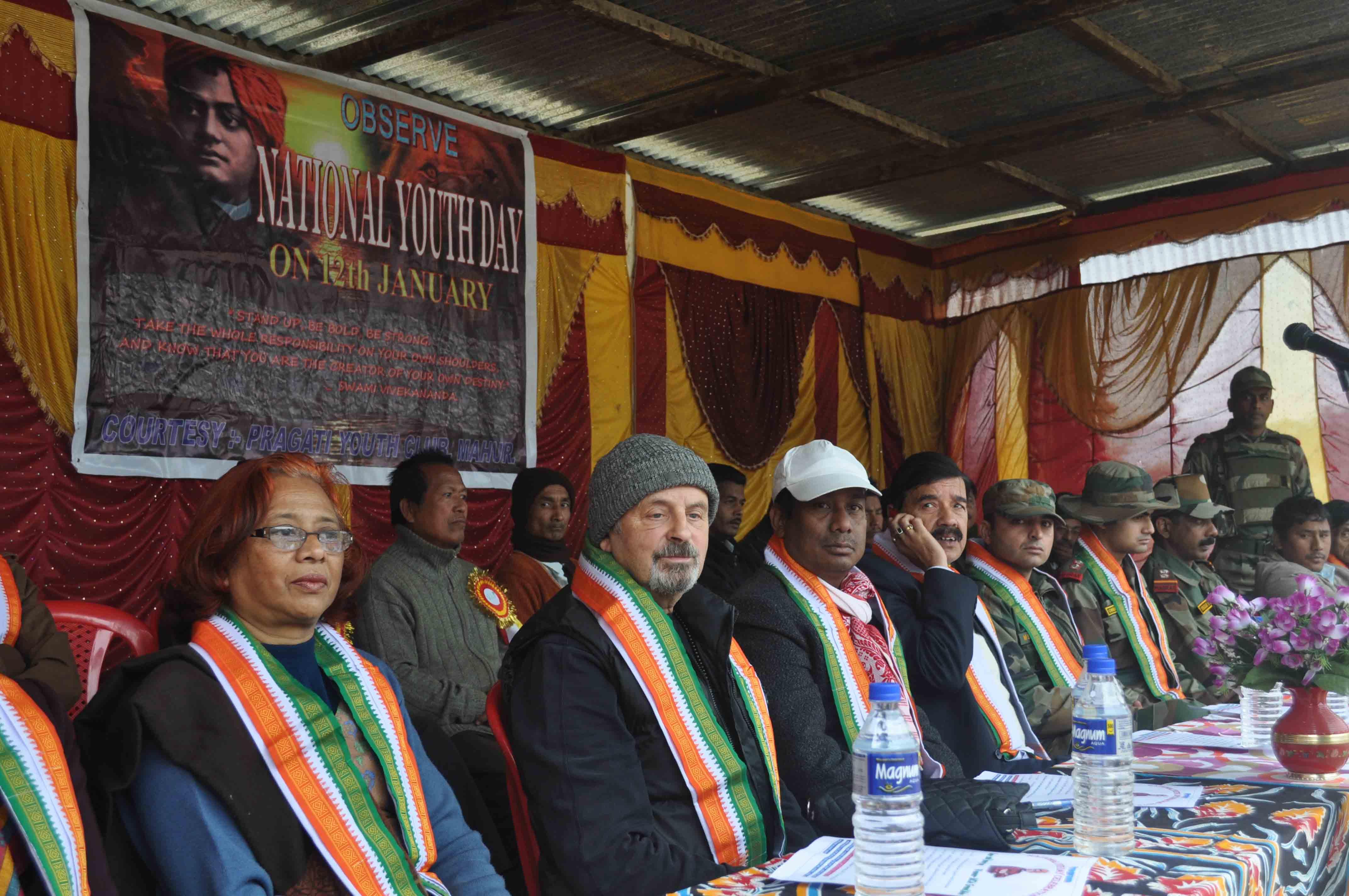 Days programme started with the lighting of lamp in front the portrait of Swamiji by the Chief Guest Lt Col M S Jamalal of 9 Madras, guest of honour Sri Bokul Bodo, Executive Member, Dima Hasao Autonomous Council and others dignitaries.

In this connection a solemn meeting was also held wherein Chief Guest Lt Col M S Jamalal of 9 Madras said Swamiji always stood for the knowledge and empowerment and appealed to the youth community to say no to drugs. The guest of honour Sri Bokul Bodo Executive Member, Dima Hasao Autonomous Council, also appealed to follow the footprints of Swami, a great sage who always guided the humanity. Sri Tapas Chakraborty, PrincipalMahurHSSchool who served at Mahur for last 36 years as teachers, while addressing the youths appealed to respect the elders and reminded the important role of youths in maintaining peace and harmony in the society. Mrs S. Lyngdoh, founder Headmistress of Step by Step appealed to the youths community to keep some place in the society for the elders so that the elders can also know the presence.

The cross country marathon race competition was flagged off by the Chief Guest in presence of huge gatherings. All together 110 participants took part in the competition.

Earlier all the guest and signatories were felicitated with scurf.

Firing between ULFA and SULFA

14 Jul 2007 - 2:42am | editor
Talap : Reports have come in that there was an exchange of fire between ULFA and SULFA in Talap on Thursday . The Sulfa member, Sriman Chetri managed to escape unhurt. This may be precedence for many...

No pressure on Newslive: CM