Amid the hail of protest against rape in Delhi and molestation in Manipur, a 22-year-old girl in Sivasagar alleged inaction by the police in a case of molestation filed by her against six persons. The girl, who is pursuing a university law student, was allegedly molested by the six outside her home in daylight at Joysagar on August 8. According to her, the six had disrobed her and beat her with sticks when she resisted them.

The girl later filed a complaint at Joysagar police station and one of the accused was arrested a few days later and sent to jail but the other five are still free. Meanwhile, chargesheet had been filed on the case and the five accused are on the run.

10 Dec 2015 - 7:10pm | Hantigiri Narzary
The Nedan Foundation, a Kokrajhar based NGO has been pioneer in combating cross-border human trafficking in the North East region and has been continuously advocating for building regional... 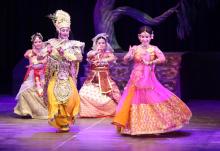