Haque arrived in the Dispur before police station at 9 in the evening on Sunday where he was grilled for nearly three hours. The Congress MLA is understood to have made some startling revelations during his interrogation. His name surfaced after head accountant Mothur Chandra Nath hanged himself at his residence leaving a suicide note blaming it all on the MLA. In a 22-page suicide note, he Nath alleged that during the last assembly polls in 2011, he was forced by Laskar, who was then an Officer on Special Duty in the Irrigation department, to collect huge amount of cash from contractors working for the department to fund his election expenses.

30 Jan 2018 - 5:09am | AT News
GUWAHATI: Unidentified gunmen shot dead an aged business man in Guwahati triggering huge shock and anger in the city on Monday. The incident took place at around 9.30 in the evening in Bijoy Nagar... 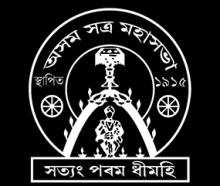 Satra Mahasabha in the line of fire

19 Apr 2018 - 1:00pm | AT News
GUWAHATI: Asom Satra Mahasabha, a lesser influential organization comprising the heads of the neo Vaishnavite monasteries have come in for sharp criticism after its delegation was understood to have...