Chief Minister Tarun Gogoi on Friday said that ruling Congress did not indulge in vote bank politics. Talking to reporters Gogoi said that there is simply no question of vote bank politics. Criticizing AGP and BJP, he said that the illegal immigrants are not the only problem to be dealt with. He claimed that only the Congress government would be able to complete work on the photo-IDs of voters. 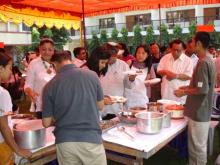 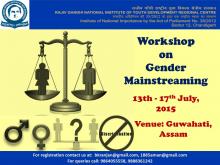 Focus on gender mainstreaming for youths