Guwahati Frontier BSF steps up effective border management and supervision of functioning of field formations along the 495 km of the Indo-Bangladesh border in Assam and West Bengal. Addressing the troops during the First Raising Day of the Frontier at Patgaon in Guwahati on Monday Inspector General P K Wahal said that the new Frontier have been carrying out civic action programmes. He said that the troops on the border have been found dominating their respective area of responsibility round-the-clock through observation posts, patrolling on foot, patrolling both on vehicle and boat during day time. In addition to human efforts, troops have been making extensive use of force multipliers like Hand Held Thermal Imagers, Night Vision Devices and Night Vision Goggles for fool-proof security of the border. 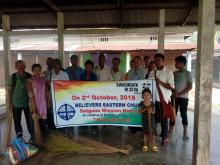 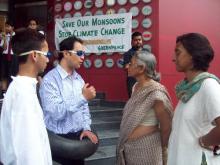 5 Jun 2009 - 1:23pm | PrarthanaBanikya
Greenpeace and 50 students from various schools and colleges in the city, today, raised alarm about the increasing threat of climate change on the Indian monsoon while interacting with the public at... 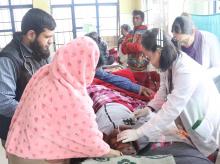