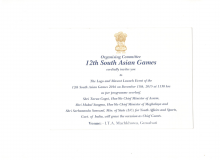 14 Jan 2014 - 5:10pm | AT News
The Election Commission is set to hold polls for three Rajya Sabha seats from Assam on February 7.According to information available with assamtimes, the country’s poll panel is expected to...