Caught in a string of anomalies and irregularities, the Assam Human Rights Commission has directed Dispur to form a high-level committee to investigate the allegations during the past five years. According to information, the decision was taken after the commission went through the media reports during recent weeks on 'massive embezzlement' of money in flood control and relief operations. It has directed the chief secretary NK Das to form a three-member panel to probe the allegations.

27 May 2012 - 1:00pm | editor
Amid total and peaceful bandh the Tarun Gogoi government on Saturday observed its first anniversary of the third term where Congress president Sonia Gandhi praised the Chief minister. In a mammoth... 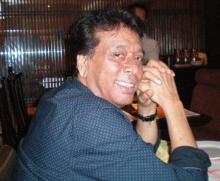 25 Oct 2013 - 6:20pm | AT News
Violent protest broke out in Azara as the angry local residents on Friday clashed with policemen who resorted to lathicharge to disperse the mob. As policemen started beating up the people, a section...