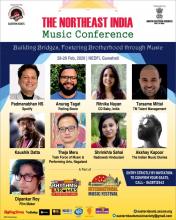 Cong off from ’16 poll picture!

23 Oct 2014 - 4:56pm | AT News
AIUDF is all out to hard shell the party in the next assembly polls. Spurred by the Lok Sabha polls victory, the party is preparing a slew of strategies to steal the March in 2016 assembly polls....