The Chief Executive Member of Dima Hasao Autonomous Council Sri Debojeet Thaosen appealed to the people for making Dima Hasao a developed district by initiating developments in all spheres with special emphasis on communication system.

On 8th June while inaugurating the newly constructed RCC Bridge No. 13/9 on Langting Mailoo Road under RSVY (2005-06) the CEM, Sri. Debojeet Thaosen appreciated the initiative taken by the Lumding construction Sub-division of Maibang PWD (R&B) division. On the same route Sri Thaosen laid 2 (two) more Foundation stones with the Bridge Nos. 12/5 and 12/6 respectively which will be implemented in the Annual Plan 2012-13. In the public meeting held at the Mailoo M.E School Shri. Paresh Saloi i/c SDO in his introductory speech spoke about the construction and also felicitated the special Guests with a traditional gamocha. The construction of the RCC Bridge will benefit the people living in the remotest areas as they can now easily commute by vehicles upto their doorsteps. While responding to the appeal of the local villagers, the Chief Guest Sri. Debojeet Thaosen, CEM assured to take all necessary steps for construction of a playground for Mailoo M.E School. The programme was well attended by the local people including Officials, Gaor Bura and by Media persons.

On the second day of his field visit at Langting Sri.Debojeet Thaosen laid the Foundation Stone of Overhead Reservoir at Langting Water Supply Scheme under Maibang PHE Division. The Reservoir will be of 50,000 Lts capacity and will be constructed under MPLADS Scheme. The ceremony was also attended by Sri Samuel Changsan, MAC i/c Irrigation, EE Sri. A.R Majumdar, Irrigation North N.C Hills Division, Officials, Media persons and by many locals.

Later on at Natun Haja around 3 kms away from Langting the CEM inaugurated Rejuvenation of Natunhaja L.I.S. The scheme has been executed under Article 275(1) for the benefit of the cultivators by the North N.C Hills Division (Irrigation) Maibang.

In the evening the CEM inaugurated the new Langting Market stall at Langting. The Market stalls were constructed under RSVY (2011-12). A public meeting was also held which was well attended along with CEM Sri.Debojeet Thaosen including Special guests Sri. Samuel Changsan, MAC i/c Irrigation, Sri. K.V Rao of Basista Company along with other Officials, Gaon Bura, Media and large number of public. The market has been constructed under the initiative of the Hon'ble CEM since the previous market area has been affected by the Highway construction. 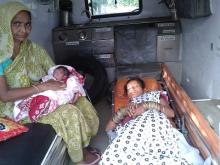 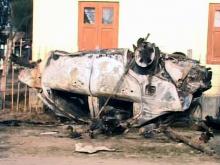 14 Dec 2009 - 6:49am | Dibya J Borthakur
5 persons were killed in a tragic road accident when the Indigo car they were travelling hit with a concreate wall by the NH -37 , at Phulaguri under Raha Police station. The car immediately burnt... 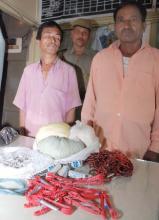 27 Feb 2008 - 12:03pm | editor
The city police picked up two people and seized a huge quantity of explosive materials while it was running an operation in Patharkunwari area on Tuesday midnight. According to information, the city...