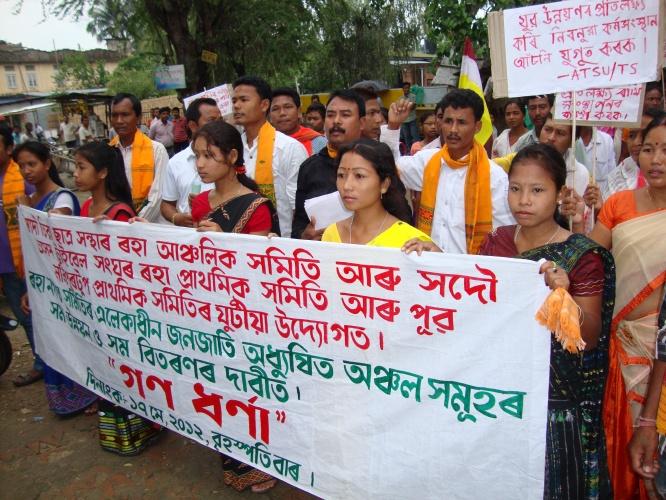 More than 200 people led by All Tiwa Students’ Union and All Assam Tribal Sangha , Raha unit,enraged at the partial looks of Raha Town Committee towards their several civic problems mainly in Tiwa areas under Raha Town today staged a mass demonstration before the Raha Circle Office and the Town committee’s office as well.

19 Jun 2011 - 6:20am | Hamidul Gani
2 suspected militants from the anti-talks faction of the National Democratic Front of Bodoland were shot dead while other 3 escaped, in an encounter by security forces at East Garo Hills,...