Security forces have apprehended two youths during a sudden operation in Guwahati on Tuesday and seized the deadly weapons from their possession.

Identified as Taj Ahmed and Hasanur Rahman from Lakhipur, the duo have been arrested from Jorabat on their way to Goalpara to Dimapur on an Indica car. According to information, the weapons were believed to have been rushed to GNLA at Tikir Killa in Goalpara. Some initial inputs available with police suggest GNLA’s dangerous link with a group of anti-talk ULFA leaders under the leadership of Dishtri Rajklhowa.

In the grip of X-Mas evening

24 Dec 2014 - 7:18pm | AT News
Despite the shocking serial attack on innocent people in Kokrajhar and Sonitpur districts, Assam is gearing up for Christmas celebration to mark the birth of Jesus Christ.Churches, shops and markets...

14 Jan 2016 - 11:36am | Shajid Khan
The Udalguri unit of Akhil Bharatiya Vidyarthi Parishad (ABVP) observed the birth anniversary of Swami Vivekananda as National Youth Day in Udalguri with a day-long programme on January 12... 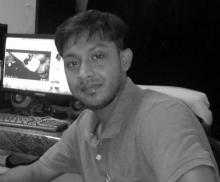 21 Sep 2017 - 8:31am | AT News
Journalists’ Forum Assam (JFA) strongly condemns the brutal murder of a young scribe in Tripura on Wednesday (20 September 2017) and urges Manik Sarkar led Left government at Agartala to book the...