SC to decide on fate of Mahendra Das

The Supreme Court is expected to decide on the fate of death convict Mahendra Das on Thursday.

The country’s apex court is set to deliver the crucial judgment on the Special Leave Petition filed by Mahendra Nath Das where he has pleaded that his death sentence should be commuted to lifer.

His mercy petition was rejected by the President after an inordinate delay of 12 years and plea for commutation to life imprisonment on this ground was dismissed by the Gauhati High Court. 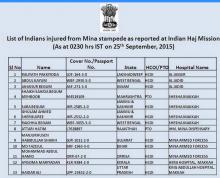 16 May 2013 - 8:33pm | AT News
Its high alert across the state as cyclone Mahasen is likely to hit the north-eastern states during the next 12 hours. Areas near the Brahmaputra are on high alert and have been closed for the...