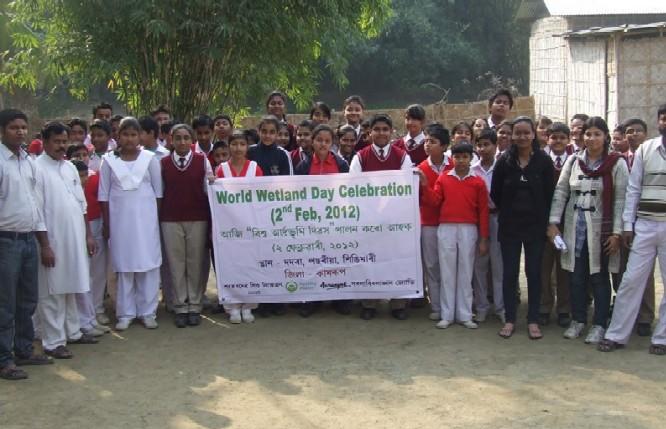 Each year 2nd February has been celebrated as World Wetland Day around the world. Aaranyak, an organization committed for wetland and biodiversity conservation in Assam celebrated World Wetland Day, 2012 in Dadara of Kamrup District of Assam in collaboration with Sarala Bilra Jyanjyoti School and Sankardev Sisu Niketan, Dadara. This year the theme for World Wetland Day was "Wetlands and Tourism". Keeping this in mind this was celebrated in Dadara and Pacharia village near Guwahati. These two villages have been used by an endangered wetland bird, Greater Adjutant as their nesting ground for last several years and become a wildlife tourist destination. Students of Sarala Birla Gyanjyoti, Amingaon and Sankardev Sisu Niketan, Dadara spread awareness activities for the conservation of wetlands and wetland birds like Greater Adjutant among the villagers.

Paresh Das, a local resident and also the principal of Sankardev Sisu Niketan, Dadara said "such type of activity will definitely bring more importance to wetlands and wetland birds in our area and outside people will know better about the this villages and villagers who are involved for conservation of an endangered bird in its locality". He said highlighting such stories will make this villages as a major tourist destination to see this endanger wetland bird.

15 Oct 2015 - 9:25pm | AT News
Yet another poor family is believed to have committed suicide sending no less shock and sensation across the state of Assam on Thursday. The fresh incident took place in Bongaiogaon district... 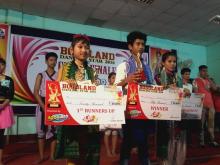 Not worried about Modi: CM

8 Feb 2014 - 1:52pm | AT News
Chief Minister Tarun Gogoi said that he had nothing to be worried about Narendra Modi who is holding a huge rally in Guwahati on Saturday.Talking to reporters in Sivasagar in the sidelines of a...