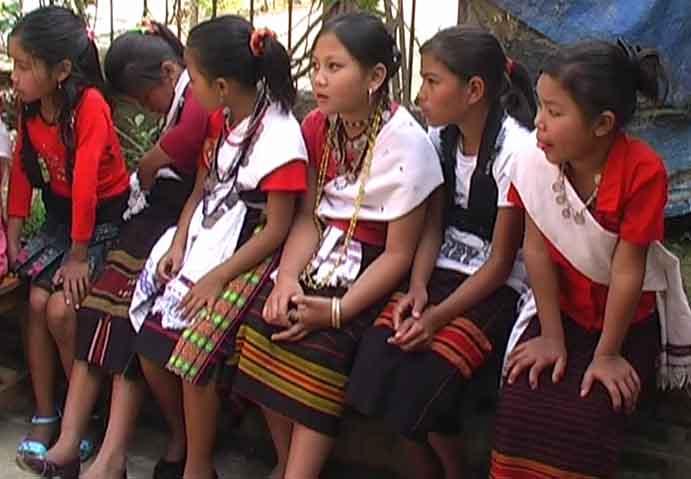 Ruolsafak, the major festival of Hrangkhol is being celebrated with traditional fervor and fun fare in different villages like Muolpung, Lungkhok, Zion, Rabi etc of Dima Hasao by the people of Hrangkhol community today (Wednesday)

This community festival is most important for Hrangkhol community. It is also considered to be the harvesting festival as well as the bidding goodbye to the passing year and welcome to the New Year. Previously the day was not fixed, the festival was celebrated accordingly to the conveniences of the village, during the last part of January and the first part of February every year. But since 1998 February, the Dima Hasao Autonomous Council warmly welcomed the festival and declared as the local holiday every year.

In the observance of the festival, both of young boys and girls of the village (kho tanggva) take the leading parts to be a grand success. Under the leadership of Tangva ulien, the youth are most engaged from ahead of the time of the actual celebration. The earnings (Vengasuoilhlo) of the village youth (khotangya) by doing physical labour and the earnings from village women (khonupui) are spent in the festival. In some village, the youth cultivate a patch of jhum land themselves and what ever earning they could get from the cultivated land, is spent for the celebration of this festival. This festival is celebrated for two days continuously. First day, early in the morning, the village priest along with his co-elders performs a ritual rites called Naran pnak/Tarpa phak/ pray to god, scarifying an older cock and hen and cooked it with rice called Nempok.

After eating theis Nempok with rice beer (Zu), the priest announces and declares the festival and its purpose to the villagers. The priest and his co-elder hold fast till noon. Holding of grand feast with the meat, rice beer, dancing and singing are the prime components of the festival. The elder may enjoy apart from the youths.

On the 2nd Day it is for competition (ruol irsiet) on traditional games and sports, singing and dancing. At the end, at night all get together and have feast, thus Ruolsafak ends for the year.

14 Jun 2012 - 6:27pm | editor
Security forces recovered a huge IED in Sonari bordering Nagaland on Thursday. The powerful IED was recovered in the morning at Teokhabi village which was kept beneath the ground at the backyard of...

17 Apr 2015 - 8:39am | AT News
Police have arrested three poachers in Darrang district on Thursday hardly 24 hours after a full grown rhino was killed in Kaziranga. Identified as Abdul Bareq, Noor Islam and M Islam, the trio...