“Bhogali Mela” is being organised at No. 1 Mautgaon of Dikshu Namti with manifold activities. The villagers of this historical village has completed a Assam type model huge “Bhela Ghar” for community feast after 10 days rigorous works. Cultural programmes have already started. The competition of different traditional games, receipies are organised fort his occasion and will last for one week.

16 Jul 2016 - 12:55pm | AT News
A group of ministers faced no less wrath of the local people in Raha on Saturday when they visited the family members of Mintu Deori who was killed in police firing on the national Highway No 37.... 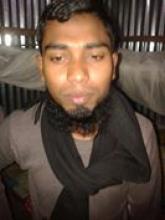 21 Dec 2014 - 10:30pm | Jintul Talukdar
Security forces have captured yet another Jamat-ul-Mujahideen  activist in Barpeta district hours after police recovered 10 bombs stashed by these activists in Baksa district on Sunday.Sources...