Manipur is burning. The epicenter is Churachandpur again where women protesters burnt the house of a local leader on Saturday.
The incident took place where women protesters in large number the thronged the house of the Zomi Reunification  Organisation (ZRO) president Thanglianpau Guite New in the New Lamka area. But nobody was there inside it.
Then a section of protesters initially set on fire a vehicle in front of the house while some others stormed into the house premises set afire it forcing the security forces to step in.
The protestors rued that the Guite has been instigating the hills area MLAs not to resign acting on the mounting pressure from all sides. Seven protestors sustained in the incident while the condition of three of them is said to be serious injured to be admitted in the hospital.
This is the second orgy of violence in the restive north eastern state which broke out last month where 9 persons died when protesters burnt down several houses owned by a section of MLAs hours after the assembly cleared the passage of 3 controversial bills. 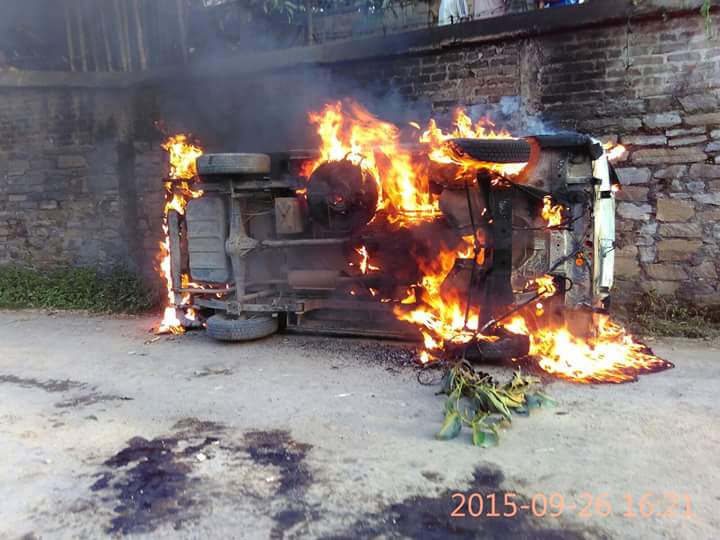 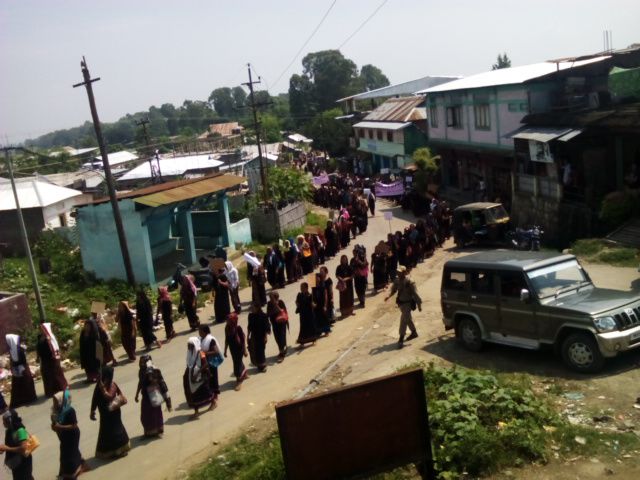 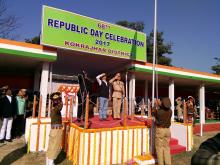 26 Jan 2017 - 3:30pm | AT Kokrajhar Bureau
BTC Chief Hagrama Mohilary hoisted the national tricolour flag at Govt HS & MP school play ground in Kokrajhar while attending as chief guest on the occasion of Republic Day along with rest of...

24 Feb 2009 - 3:27am | Jayanta Kumar Das
Various organizations and institutions of Kalaigaon areas have condemned the burning down of Shobharani Jatiya Bidyalaya school building by miscreants at Borkola,10 km from Kalaigaon on February 17...