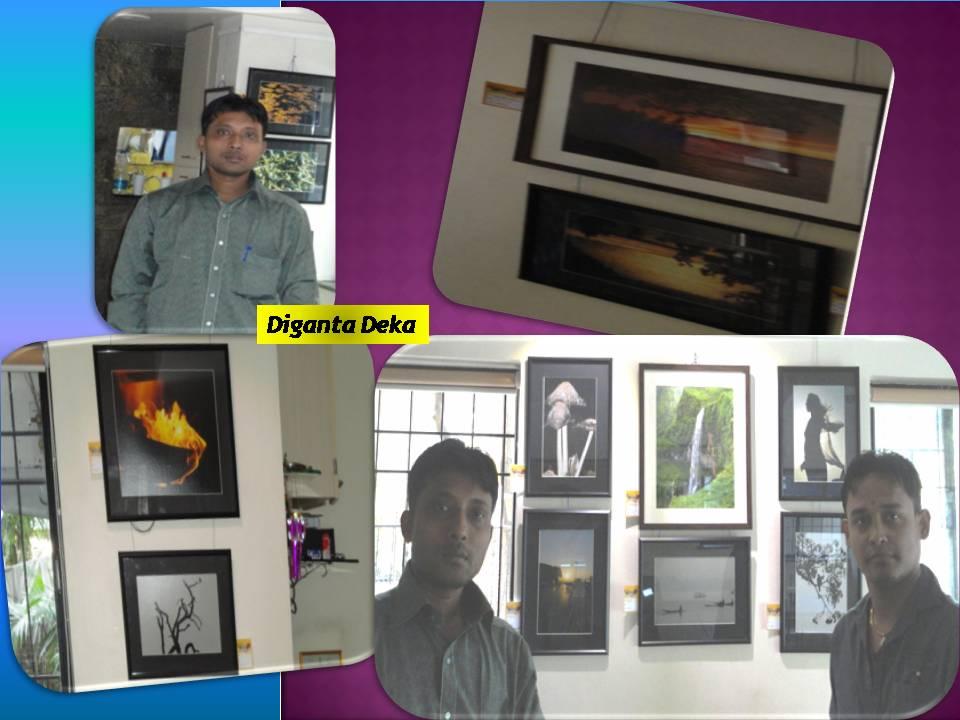 A Still Photography Exhibition by Diganta Deka is on show in Pune at Grubshup Restaurant. The exhibition started on December 1 and will be held till December 10. Photography related to different outline of nature is on show, captured by an Assamese youth Diganta Deka, well known amongst his friends as “DD”, hails from Silsakoo, Kamrup District, North Guwahati. Diganta, came to Pune almost a decade ago to pursue his Masters Degree in Economics. After his Masters in Economics, then his passion towards delicacies led him to complete his course of Hotel Management. He started his Hotel Management career as Chef –Manager, daily treating with mouth watering delicacies tempting to have more.

He also worked on few projects for FTII and others as an Assistant and as an Art Director. A culturally rich “Axomiya”, started Photography one year back. His works were appreciated by lots of visitors, even booked lots of his frames. Speaking to Diganta, a long time friend we have also shared the sets of our first film together way back in 2003, he said, he was very happy and overwhelmed with the response received and would see for more such exhibition in near future.

11 Sep 2014 - 10:48pm | Nava Thakuria
Over 50 per cent of the city’s journalists are suffering from spinal conditions like cervical spondylosis, lumber spondylosis and slip disc. This came to light during a free physiotherapy camp for...