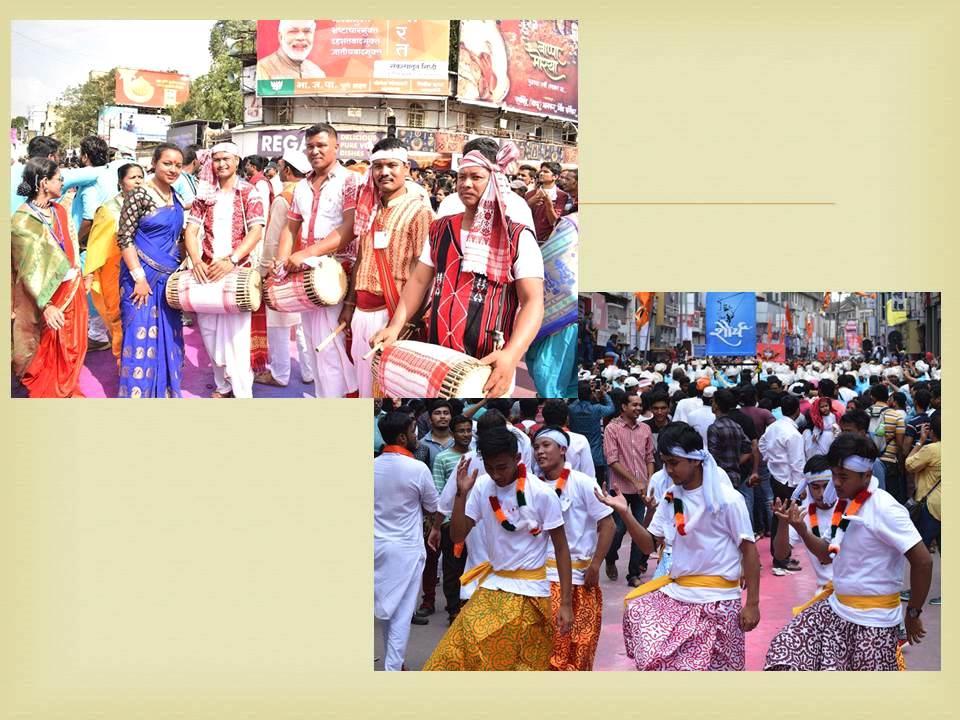 North eastern culture drew huge appreciation in the city of Pune at the sidelines of the Ganesh Puja which concluded recently.

The centre of attraction was the bihu troops on September when the devotees took out a huge procession to the immersion place.

This time, one of the major attractions of the procession was the Dance performances of Assam and Manipur. People witnessed and cheered the beautiful dances from North-East. The participants were along withSecond most prestigious (Manache) Tambdi Jogeshwari Ganpati.

Symbiosis Ishanya Centre (SICEC), has always having a vision for national integration, took initiative along with the Tambdi Jogeshwari Ganpati Mandal to showcase the same.It was an honour given to North East Cultural teams from Assam and Manipur.

Dancers started performing at 10 AM till 3:30 PM. Streets were tuned to the music of Dhol, Pepa and Bihu songs. Local people cheered and encouraged the same.

It was also witnessed; they danced on the tunes of Bihu. The day long procession was witnessed by Lakhs of people, across the streets of Pune covering almost 10kms.