13 Oct 2016 - 10:20pm | AT News
A college dropout from Assam’s Hojai who went on to become the owner of 500 million dollar group of companies in Laos, Habib Mohammad Chowdhury, has vowed to promote tourism and culture of northeast...

30 Oct 2015 - 4:15pm | Hantigiri Narzary
The Bodo Sahitya Sabha has offered financial support to noted literateure and former general secretary of the sabha Tarun Phukon Basumatary, who is suffering of old age ailment. He is now  75... 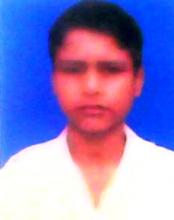 1 Jul 2013 - 10:55am | AT News
A 12 years young boy named Sujarul Haque, son of Abul Hussain & Jerina Hussain is missing for 15 days under Dalgaon Police station, Village Punia, Fakirpara, Kharupetia. He is studying at...