Young leaders of the Northeast meet at Kohima

It was a colourful blend of young achievers from various parts of the Northeast as they gathered at the Bamboo Hall at Kisama on Monday for the first time in history under the banner “Young Leaders Connect”. In a day-long conference with about fifteen speakers, four moderators and over 200 delegates, leaders from the eight NE states came together under the theme ‘Connect, Exchange, Strengthen’ to deliberate discussions on a range of topics including “Governance as Leadership: Connecting policies with aspirations”, “Redefining Development through Social Entrepreneurship”, “The Role of North East in the growing economy of India” and “Branding North-East through Sports, Music, Fashion and Culture” respectively.

The honourable Chief Minister of Nagaland, Mr Neiphiu Rio was the chief patron with Baichung Bhutia as Chair and Anato Zhimomi as Co-Chair of the event. In his message, the Chief Minister said he is overwhelmed by the response of the accomplished and distinguished young leaders of the region attending the conclave while impressing upon that it reflects the maturity among the young people of the region to come together. He strongly advocated that his “government believes in the ability of the youth to contribute to the overall development of the state, the region and the country as a whole.”

Bhaichung Bhutia, Chair, Young Leaders Connect in his opening remark thanked the Government of Nagaland for supporting and providing them the platform to come together while also congratulating the state government for the progress of the youth under the dynamic leadership of the Chief Minister of Nagaland. He said “this is a major step towards reducing the gap between the youth and the government”. The former captain of the Indian National Football Team has been a member of YouthNet since its inception and recalling his earlier visit to Nagaland, he expressed his happiness to have brought young inspiring leaders and achievers of the region together under a common platform. He said “beginning with this platform, we should be able to create a powerful voice and strengthen the networking amongst ourselves. It would be a stepping stone for carving long lasting association and friendship.”

The leaders covered a range of topics in four sessions where interactions were also held after each session. The panelists for the first session, “Governances as Leadership: Connecting policies with aspirations” included Gaurav Gogoi (Assam) and Kirit Pradyot Deb Barman (Tripura). Gogoi, son of Assam Chief Minister, Tarun Gogoi, is a development expert who has also been studying welfare and youth-oriented schemes of the government, giving top priority to curbing unemployment and improving the education sector. Pradyot Deb Barman is the Maharaja of Tripura and Chairman, Royal Heritage Hotel. He’s also a member of the All India Congress and advisor to the North East Regional Development Association (NERDA).

The topic “Redefining Development through Social Entrepreneurship” was covered by Hasina Kharbhih (Meghalaya), founder of Impulse NGO Network, Sentimong Kechuchar (Nagaland), who works with the Sir Ratan Tata Trust, Mumbai and now leads the North East Initiative, Syed Kazi (Assam), ICT and Development and Lead Partner for North East Development Foundation and Curator of the North East Award and Dr. Lalrintluanga Jahau (Mizoram), a surgeon who is currently the president of an NGO, Centre for Rural Development and Research, a society involving rural health care, women empowerment and development of tourism in Mizoram.

“The role of North East in the growing economy of India” was another topic discussed by Tanushree Hazarika (Assam), Managing Editor, Eclectic Publications, which brings out the best English magazines in the Northeast, Larsing Ming Sawyan (Meghalaya), hotelier and Managing Director, Centre Point Group Enterprise (CPGE), who is also the General Secretary of the popular Shillong Lajong Football Club, Abokali Jimomi (Nagaland), entrepreneur and Managing Director of Organic Nagaland, an organization focused on networking local organic growers, training and empowering Naga men and women at the grassroot level, Neichute Doulo (Nagaland), CEO, Entrepreneurs Associates who was the Vice President of Naga Hoho and has inspired and guided countless young Nagas in the field of entrepreneurship.

Speaking on the lines of securing the future of North East, Additional Chief Secretary and Development Commissioner of Nagaland, Alemtemshi Jamir said that the North East is a very diverse region which does not have any consolidated documents. He stated that the region is finding difficulties towards adapting changes and pointed out that this matter has to be taken seriously. Stressing that there is a lot of potential in the region, he said that there should be proper policies and programs in place to make the NER at par with the rest of the country and even in the international level.

Young Leaders Connect was organised in partnership with the Government of Nagaland and the initiative of YouthNet, a “non-profit organization with a mission to help youth acquire knowledge, develop life skills and form attitudes to enable them to become self-directing, positive, productive, responsible and contributing members of society through active participation and involvement.” 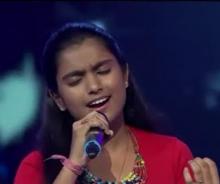