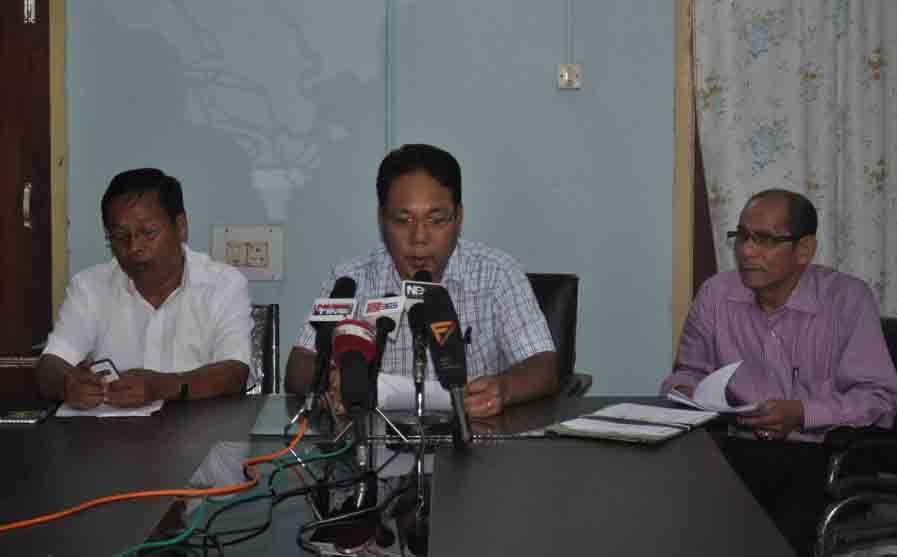 The officers and Employees of Dima Hasao Autonomous Council offer sincere thanks and heartfelt gratitude to Sri Tarun Gogoi, Chief Minister, Assam for his sincere efforts and prompt action towards the payment of pending salary of the Employees (normal sector) of DHAC, Haflong amounting to Rs 15.00 crore only by accommodating in the State Budget 2011-12.

They also offered sincere thanks the Chief Secretary Govt of Assam, Sri N.K.Das IAS for his initiative in releasing the amount to the DHAC without delay before the ensuing Durga Puja Festival.

Further they thanked Sri Debojeet Thaosen, Chief Executive Member DHAC for his dynamic and tireless efforts in taking the initiative seriously to highlight their plight at the highest level and got released the amount for the payment of the pending salary of the employees and without his initiative this could not have been materialized.

It is to be mentioned here that within 12 months of his tenure as the CEM, DHAC Sri Debojeet Thaosen has released salary of 18 months to the DHAC employees.

5 Mar 2014 - 2:48pm | AT News
AGP and BJP are not happy with the poll schedule announced for Assam by the Election Commission on Wednesday.Both the parties would request the country’s poll panel to reconsider the schedule.AGP and...

27 May 2015 - 6:47am | AT News
BTC chief Hagrama Mohilary has cordon off the allegations levelled against council administration saying that there was no any reports corruption and misappropriation inctge council and allegations...