The killer malaria and encephalitis seems to have taken an epidemic turn claiming more than 50 lives during the last 3 months. In Sivasagar district alone altogether 35 people died of Japanese encephalitis and malaria forcing the authorities to keep the people alert. Seven persons have died of encephalitis in Nalbari district in the last few days.The victims have been identified as Sultan Mamood, Gajen Deka, Murtunjoy Deka, Sunita Das, Mukuta Ali, Labanya Kalita and Nitumoni.

The disease has assumed alarming proportion in the district and doctors and public health centres, particularly in rural areas, have been alerted. Altogether 20 districts have been affected with the worst being Sibsagar, where 34 have perished in the past few months.

Dibrugarh district has lost 7 persons in Acute Encephalities Syndrome. Thirteen others are suffering from the disease. Though no one has died of Japanese Encephalitis so far, five persons from Barbaruah and Nahoroni have tested positive. They are at present undergoing treatment at the Assam Medical College and Hospital. 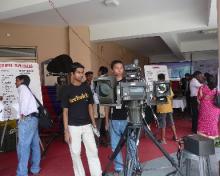 TECHNICHE08 going on at IITG 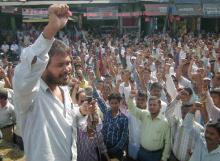 29 Sep 2012 - 5:40am | editor
The repeated incidents of rhino poaching seem to have triggered an acrimonious blamegame between ruling Congress and opposition parties. A stunned forest minister Rockybul Hussain lashed out at...