Guwahati Press Club has expressed its anguish at the arrest of RTI activist Akhil Gogoi from its campus on June 24 at around 2.50 pm. It has already sent a protest letter to the Chief Minister Tarun Gogoi, stated in a release issued by press club secretary Nava Thakuria. It may be mentioned that Gogoi had booked the space in the Press Club auditorium from 3 pm (to 5 pm) for a press conference. He arrived at the Press Club premises by 2.10 pm and had some food in the canteen. For some reasons, best known to Gogoi only, he rushed to the auditorium by 2.30 pm and abruptly started his press conference. Most of the reporters were even outside the auditorium at that moment. Then arrived a few police personnel in the premises and marched to the auditorium. They were requested not to proceed by the Press Club employees and member-journalists. But it was defied by the police personnel accompanied by a magistrate and finally Akhil Gogoi was arrested in the middle of the hurried press conference. “Guwahati Press Club does not have any intention to safeguard anybody against the law and no way was interested to prevent the arrest of Gogoi, but he should have been allowed to complete the press meet,” asserted the release adding that Gogoi could have been arrested outside the campus of the Press Club.

Permalink Submitted by Pallavi Barua on Sun, 26/06/2011 - 07:32
When the 1942 the non-violent 'Quit India Movement' became violent in some parts of the country. Did anyone blame Mahatma Gandhi? 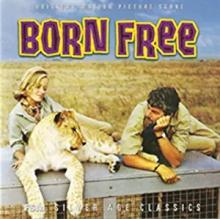 Come and avail of legal help

Most Popular Sports in Assam

1 May 2021 - 12:11pm | AT News
Sports is what brings people closer and teaches them about love and loyalty. Not only that, but numerous famous sportspersons have acted as role models to many young kids and motivated them to...