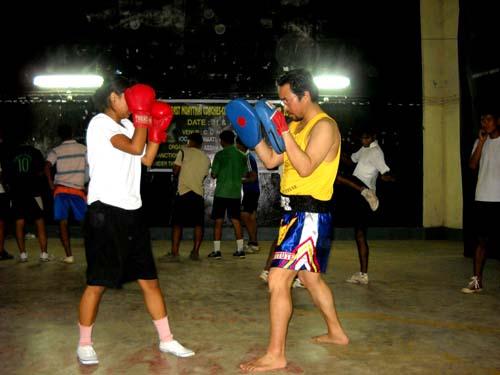 The Camp in Guwahati, was a short of Introduction to the Muay Thai Boxing, the game is gaining ground in India and in the North East well. This Game started in Manipur in India and gradually spreaded in 28 states in India. As far as domestic competition is concern sates like Uttarakhand and Punjab is doing well, says Oken Jeet Sandham, who is basically from Karate Background and later shifted focus to Muay Thai boxing in the 1989, and since then he had never looked back. He had also led the Indian team on various occasions. He is trying hard to popularize the game more and more in the country; however he regrets the attitude of the Government and also the Indian Olympic Association. Oken Jeet Sandham, who hails from Manipur says that India has developed good fighters for international competitions, however players have not yet participated in the professional competitions. He hopes to see Asian Championship being held in India very soon.

The Muay Thai Boxing has traditional originated in Thailand and the now it has become a passionate game across the globe. The world championship OF Muay Thai boxing is held from time to time and it is also included in the Asian Games. In the traditional Muay Thai Boxing of Thailand females are not allowed however as a game the world body has allowed female participants in the game and thus not interpreting the game as a tradition.

Hollywood actors like Jean- Claude Van Damme and now Tony Jaa has helped the Muya Thai Boxing to get popularity across the globe.

The 11th Annual National Championship of Muay Thai Boxing will be held in Hyderabad from August 5th to 7th, 2011.In 1989 this game was introduced in the 13th Asian Games. A total of 151 countries are the members of World Muay Thai Council. In professional Muay Thai Championship cash prize of 10million dollars is awarded. 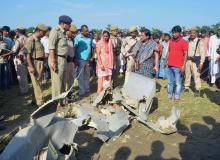