Protest rally against Government apathy to the flood problem of Balipara.

More than thousands of people came out spontaneously to protest against government apathy to the devastating flood problem of Balipara which is a yearly phenomenon of this area since 1970. This year it broke the limits of endurance when continuously seven times it was flooded by river Jarasar. The entire area was submerged for one and half months. The protest rally demanded a permanent solution to the floods and similarly development of transportation and communication system of the area, erosion, and wild elephant depredation with various slogans. It may be mentioned that people of Balipara have for several times filed pleas to the administration for permanent solution of this problem with suggestions but there has been no reaction. No one has made an effort to get to the root cause of the problem. The rally was led by “Balipara Unnayan Samiti” and villagers, political, non political organizations, local NGOs, students of schools came forward to protest together under the one plat form and blocked the National High way 52, Rangapara road and Bhalukpong road for one hour. The people not only protested for Balipara problem but also demanded to declare the flood problem of Assam as national problem of the country to get an immediate initiative to save the state from flood. The additional deputy commissioner Mr. Rajib Handique, Circle officer Mr. Satyajit Chetia (Chariduar Circle), Additional S.P. Mr. S.K. Dey of the district came to the protest rally to maintain law and order. Finally “Balipara Unnayan Samiti” represented by Mr. Ghanashyam Nath (President) and Mr. Bhadra Dutta (General Secretary) signed memorandum to the chief minister of Assam through ADC. General Secretary Mr. Bhadra Dutta read out the memorandum before the rally. Through the Unnayan Samiti about thirty eight political and non political organizations, various village development societies of this area including Balipara Higher Secondary, Balipara M.V. School and local NGOs pledged memorandum to the Chief Minister. After receiving the memorandum, ADC Mr. Handique requested that the rally be withdrawn The protest rally was peacefull.

Permalink Submitted by Balindra Baruh on Sat, 22/09/2007 - 13:52
The article appeared in this megazine I think will certainly help to draw attention of the concerned Govt. Deptt. Assam for understanding the sufferings of the people of Greater Balipara of Sonitpur Dist. Further I like to mention that despite being a zone of High Quality Tea Production this Balipara area has long been neglected by the Govts of Assam since independence. We want permanent solution of this Flood problems along with other vital problems as well.A lot of thanks to the Correspondent.

24 May 2008 - 4:52pm | editor
The officers and staff of Assam Bhawan Mumbai cordially invite you to Sampritir Godhuli: An evening of togetherness to mark the Fourth Anniversary of Assam Bhawan on the 31st of May 2008.Eminent... 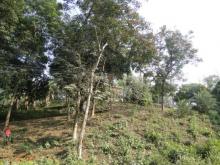 A Rubber plantation within Guwahati city

3 Jan 2013 - 4:17pm | Manoj Kumar Das
Indrajit Narayan Dev is the 14th generation of the chronological lineage of the erstwhile Koch Dynasty from the days of the great Koch King Maharaja Naranarayan & his General brother Chilarai, of...

23 Aug 2013 - 9:52pm | Nava Thakuria
Assam Photo Journalist Association (APJA) expresses shock over the gang-rape of a photo journalist in Mumbai and demands actions against the culprits. It is reported that the 22-year old photo...