Guwahati: The Assam government is clearing its decks to strike a deal with the Reserve Bank of India on Wednesday.

Speaking to Assam Times, official sources here say the Memorandum of Understanding will lead to mutual regulatory convergence as regards regulation and supervision of urban cooperative banks in the state.

Significantly, Assam will be the first among the north eastern states to sign such a Memorandum of Understanding with the Reserve Bank of India. 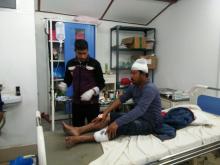