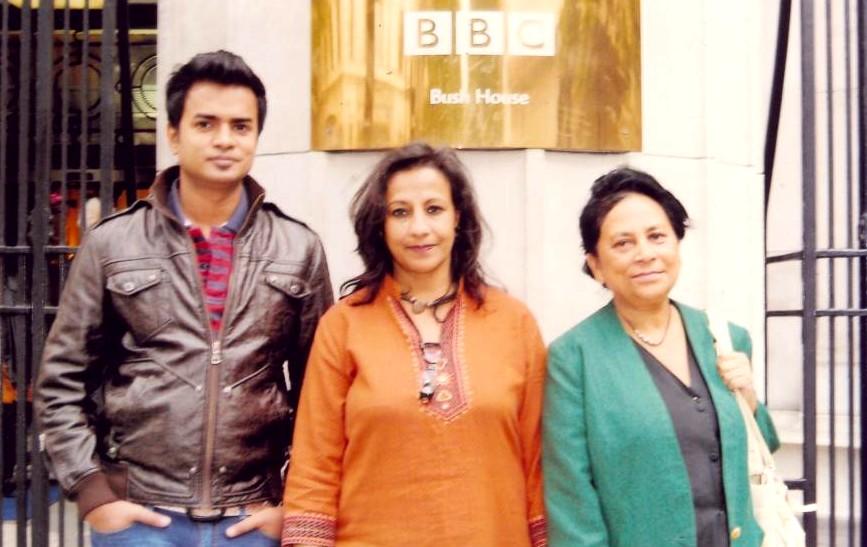 Nehru Centre, London (the cultural Wing of High Commission of India) presented Debojit Saha - (Voice of India, Zee SaReGaMaPa winner 2005) with a stunning confluence of modern and golden oldies of Bollywood which mirrored the age old timeless tradition of Indian music on August 20.

Today he has become a youth icon. In the music world from Assam no other star has glittered so much within a small period of time. Debojit Saha brought the highest award to the state of Assam when he won (Voice of India, Zee SaReGaMaPa Challenge 2005) Debojit which proved to be a runaway success - breaks the linguistic and cultural divides in the North-East.

He was born to a well to do Bengali family in Silchar and raised in a culturally rich atmosphere. A civil engineer by profession, Debojit started out as a singer in All India Radio and Doordarshan Kendra in Silchar. The heartthrob of many girls, he falls for simple down-to earth Bandana Paul, his wife - a true companion. In profession, she is a fashion designer. Debojit admits "If there is anyone who has changed and influenced my life, it is Bandana".

He took the plunge to shift base to Mumbai and enrolled himself to learn Classical music from the Maestro Pt Askaran Sharma. He won the Mega Final Runner Up in a music contest, gazal-e-sara on Urdu Channel and released his first solo album.

With his disarming smile and charming manner - exudes a comfortable air - music, he says, takes him closet to divinity and accords him peace and tranquillity. It is an invigorating experience which exalts his spirits. He knew how to create that magic web of rhythmic spell-modern sleek and with lots of technology brilliance. This versatile singer is enriching the music scene of Assam and Bolloywood filmi world.

His playback extended to films in regional languages such as Assamese and Bangla. Singing jingles and songs in daily soaps such as Kyon Hota Hai Pyaar and Bhabi etc, Debojit also anchors a Bangla music reality show. He also participated in a music reality show on Star Plus, Jo Jeeta Wohi Superstar, and made it to the final four. He also took his fans by surprise by appearing as one of the thirteen contestants in the Mega Reality show, Big Boss (based on Big Brother) on Colors. He recently performed at the reality show, Music ka Maha Muquabla, on Star Plus with Shaan, Anwesha Dutta, Harshit Saxena and Shadab.

In return Debojit thanked Indian High Commission and Rini Kakati who is instrumental to bring him to this prestigious venue.

In his opening speech, Jitendra Kumar, First Secretary for Indian High Commission - Consular & Community Affairs, mentioned about the richness of the North-East specially Assam and the importance of showcasing unity in cultural diversity. He still remember his fruitful visit to Assam passing Kaziranga as a nine year old boy. And thanked Rini Kakati, the organizer for inviting him. The entire programme of Debojit's performance was covered by Zee TV UK and MATV UK.

On 22 August, 2010, Radio 92Fm arranged an interaction with Debojit. Also on 23 August, 2010, Manoshi Barua, Senior Broadcast Journalist at BBC World Service, Bush House had an interview with Debojit Saha about his musical career.

The song from his debut album Jeena "My heart goes duma dum" and Om Shanti Om "Deewangi Deewangi" made the crowd nostalgic and given a standing ovation when Debojit joined them in hands and sing together.

The grand finale was a rendition of Assamese bihu by Debojit which made the people in the audience stood up, come to the stage and dance in the tune of dhol, pepa, gagana - joined hands with pride and honour.

Debojit Saha is an inspiration and his flawless performance is a silent but forcefull message for all our upcoming artists from the region. 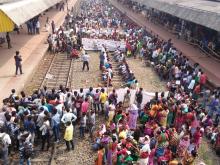