Himanta: now its turn for Mahanta

After Akhil Gogoi, now its turn for Prafulla Kumar Mahanta to take on Himanta Biswa Sarma. Addressing a press conference in Guwahati on Wednesday, the former Chief Minister said never did he met the health minister in or outside Guwahati. "If someone went to him to sell the missing files, then why didn ot he fina an FIR with police as a Cabinet minister?" Mahanta asked. According to Mahanta, Sarma has no reply to what the RTI activist posed. Notably Sarma on Tuesday blamed it all on Mahanta saying Akhil Gogoi is acting at the instance of Mahanta.

14 Dec 2014 - 6:49am | Hantigiri Narzary
A SensItization Programme on witch-hunting organized by the Assam State Commission for Women drew no less response in BTAD areas on Saturday. It was organized in the conference hall of the District... 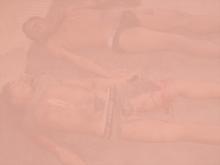 28 Oct 2008 - 8:33pm | Ritupallab Saikia
In the wee hours of 28th October two militants were killed in a joint operation conducted by 11Guards Regiment of Indian Army and Assam Police, in the Panbari-Methoni area of Bokakhat under Golaghat...