The Assam government has proposed yet another bridge on the river Bramaputra.

In his vote on account, chief minister Tarun Gogoi has proposed a bridge the river Brahmaputra linking Disangmukh to Tekeliphuta in Dhemaji district.

He said that the government would introduce the much hyped bill to appoint a Lukyukt in the next session of the assembly.

13 May 2012 - 11:31pm | editor
BJP president Nitin Gadkati said on Sunday that his will soon approach the National Human Rights Commission to seek constitutional safeguard for the Bangladeshi Hindu refugees. Addressing a press... 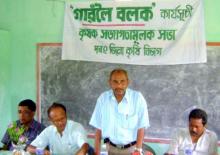 14 Jul 2011 - 2:47pm | Mowsam Hazarika
With a aim to create awareness amongst the famers regarding scientific agriculture and providing on the spot solutions to the farmers’ problem, the Assam Agriculture Department started a... 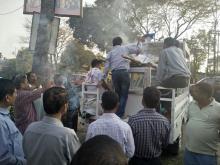 20 Mar 2018 - 8:15pm | Akshaya Pranab Kalita
Namrup: Noted social worker and local AGP leader Debokanta Baruah died a sudden death leaving a pall of gloom in the entire area on Tuesday. The end came in the wee hours at the BVFCL Hospital where...