A minor boy died and several others have been injured as tripple blast rocked a train near Gosaigaon in kokrajhar. The first one blast took placed at 2.20 midnight at the Garib rath whe a six yr child died. The driver is missing. Some critically injured passengers have been rushed to hospital. Now local trains are being arranged to recue the standred ones. The second one blast took place at 3 in the wee hours while the third blast within 6 hours. More blasts are feard.

Apart from it, suspected NDFB cadres made low intensity blast on a railway bridge near Dhekiajuli in Sonitpur district on Wednesday.

One more major explosion was averted when police recovered a bomb planted inside a pressure cooker in Raksymari.

Meanwhile, NDFB has claimed the responsibility of the strike.

5 Jan 2018 - 10:15am | AT News
GUWAHATI: Traditional Assamese Bihuwan or drape along with lemon and smoked rice(kumol chaul) might get the GI tag. Courtesy Assam Agricultural University (AAU) which is working overnight to ensure... 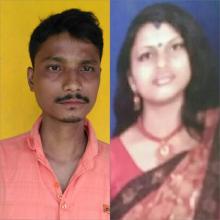 23 Jun 2018 - 8:44pm | Sasanka Talukdar
PATHSALA: At a time when the state has witnessed unprecedented growth in incidents of crime against women, the incident of a man allegedly killing his wife by setting her ablaze by pouring...