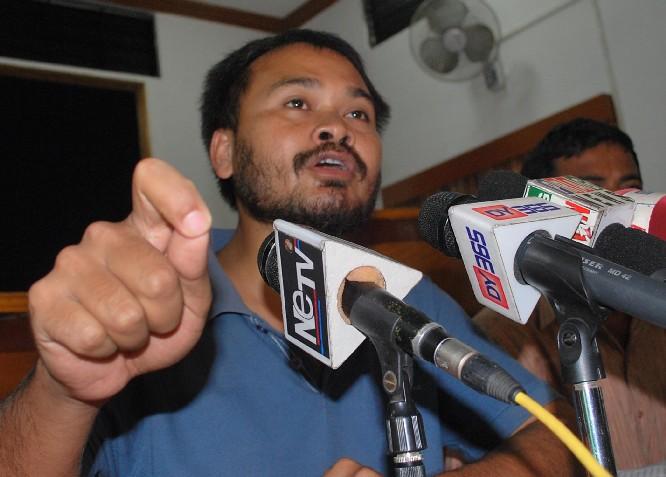 Assam RTI activist Akhil Gogoi seems to have shaken Dispur trading charges after charges against health minister Himanta Biswa Sarma. In a sensational revelation, Gogoi told reporters that the minister last year purchased two luxurious cars worth Rs 40 lakh within a period of 2 months for his 5-year old daughter. Gogoi said the source of the fund is doubtful. Hours after it, the minister and his wife came out with a statement saying that that they had borrowed loan from bank and that his wife Riniki Bhuyan Sarma receives Rs 1.50 lakh as salary from Newslive, where she is the chairperson. But a lot has remained unanswered. Strangely, no one from either from the government or from the party has so far come to the rescue of the powerful minister. Notably, Sarma said he would sue the KMSS leader in court.

16 Nov 2016 - 11:34pm | AT Kokrajhar Bureau
A special session of the BTAD journalists and National Press Day was concluded at Kokrajhat on Wednesday at Bodofa Cultural complex after three days programme in Kokrajhar district. Over hundred...

19 Jul 2009 - 2:34pm | Nanda Kirati Dewan
Gome a typical Gorkha name and Thapa a popular Gorkhali surname the combo Gome Thapa is no known face of Assam till toady. A resident of Durgasarbar Hill side of Guwahati, Gome has been playing this...

26 Jan 2012 - 3:13pm | editor
Braving a boycott call by 12 militant outfits, Assam joined the nation in the celebration of the 63rd Republic Day on Thursday. Thousands of people attended the central function at the Khanapara...