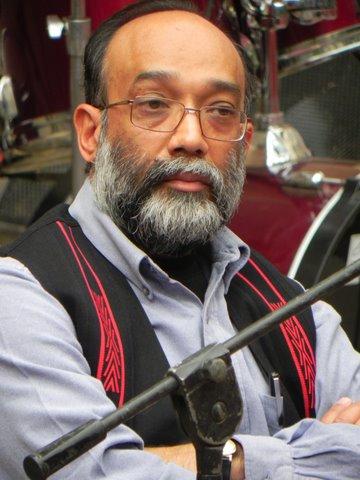 In a stinging rebuke to the Centre and state government of Manipur, the army and internal security forces and Manipur police, the Supreme Court on Friday declared that no one should shelter behind the fig leaf of impunity nor could it countenance arguments that took away the right to life and replaced it with the capacity to kill in retaliatory assaults. It brusquely admonished the Attorney General for a "play of words" and also said it was "not impressed" with his arguments on the issue of life and death of ordinary citizens in the light of a petition filed by relatives of hundreds of victims of encounters in Manipur. This is an encouraging and inspiring judgement that gives us hope of the power of law and possibility of transformative justice. It asks the question that many of us have posed for many years: how long must then army stay to ensure "order" and "security" and does’t it reflect damagingly on the Constitutional system of laws, government and state processes. This is an important, powerful and potentially transformative judgment that opens up the way to tackle AFSPA and other acts which place the armed forces in a place of impunity and ordinary citizens in a space of abuse.

* “This is not an ordinary case of a police complaint or a simple case of an FIR not being registered. This case involves allegations that the law enforcement authorities, that is, the Manipur Police along with the armed forces acting in aid of the civil power are themselves perpetrators of gross human rights violations. This is also not a case where the ordinary criminal law remedy provides an adequate answer. A particular situation of internal disturbance has prevailed for decades and the ordinary citizens of Manipur have had little access and recourse to law in the situation that they find themselves placed in. To make matters worse, FIRs have been registered against the victims by the local police thereby leaving the next of kin of the deceased with virtually no remedy under the Cr.P.C.

* The truth has to be found out however inconvenient it may be for the petitioners or for the respondents. In matters concerning gross violations of human rights this Court and every constitutional court should adopt an ‘open door policy’. The preliminary objection is rejected.

* …Whatever be the case, normalcy not being restored cannot be a fig leaf for prolonged, permanent or indefinite deployment of the armed forces (particularly for public order or law and order purposes) as it would mock at our democratic process and would be a travesty of the jurisdiction conferred by Entry 2A of the Union List for the deployment of the armed forces to normalize a situation particularly of an internal disturbance.

* This discussion is intended to lay down three broad principles:
. (a) The public order situation in Manipur is, at best, an internal disturbance. There is no threat to the security of the country or a part thereof either by war or an external aggression or an armed rebellion.
. (b) For tackling the internal disturbance, the armed forces of the Union can be deployed in aid of the civil power. The armed forces do not supplant the civil administration but only supplement it.
. (c) The deployment of the armed forces is intended to restore normalcy and it would be extremely odd if normalcy were not restored within some reasonable period, certainly not an indefinite period or an indeterminate period.

* In support of his contention that a war-like situation was and is prevailing in Manipur, the learned Attorney General relied on Navjot Sandhu to submit that under Section 121 of the IPC ‘war’ is not necessarily conventional warfare between two nations and even organizing and joining an insurrection against the Government of India is a form of war. The militants in Manipur were creating a situation of an insurrection and this was resulting in a war-like situation in Manipur. Alternatively, the victims were members of banned organizations under the UAPA and were provoking cession or secession from India and were therefore ‘enemy’. On this basis it was contended that even if there is no war-like situation prevailing in Manipur, the victims being ‘enemy’, their killing is justified in counter insurgency or anti terrorist operations.

* Therefore, animus to wage a war or any other similar activity is important before a non-conventional war or war-like situation can be said to exist. Every act of violence, even though it may be directed against the armed forces or public officials would not lead to an inference that a war is going on or that war-like conditions are prevailing. Similarly, sporadic but organized killings by militants and ambushes would not lead to a conclusion of the existence of a war or war-like conditions. Were such a blanket proposition accepted, it would reflect poorly on our armed forces that they are unable to effectively tackle a war-like situation for the last almost six decades. It would also reflect poorly on the Union of India that it is unable to resort to available constitutional provisions and measures to bring a war-like situation under control for almost six decades. We cannot be expected to cast or even countenance any such aspersions on our armed forces or the Union of India. All that we can and do say is that in such a situation, our Constitution recognizes only an internal disturbance, which is what the situation in Manipur is and that ought to be dealt with by the civil administration with the services of the armed forces that are available in aid of the civil power.

* The submission of the learned Attorney General is nothing but a play on words and we reject it and hold that an internal disturbance is not equivalent to or akin to a war-like situation and proceed on the basis that there is no war or war-like situation in Manipur but only an internal disturbance, within the meaning of that expression in the Constitution - nothing more and nothing less.

* … every death caused by the armed forces, including in the disturbed area of Manipur “should be thoroughly enquired into” if there is a complaint or allegation of abuse or misuse of power. All of us are bound by this direction of the Constitution Bench which has been given to assure the people that there is no abuse or misuse of power by the armed forces.

* In the enquiry, it might turn out that the victim was in fact an enemy and an unprovoked aggressor and was killed in an exchange of fire. But the question for enquiry would still remain whether excessive or retaliatory force was used to kill that enemy.

* If any death was unjustified, there is no blanket immunity available to the perpetrator(s) of the offence. No one can act with impunity particularly when there is a loss of an innocent life.

* The law is therefore very clear that if an offence is committed even by Army personnel, there is no concept of absolute immunity from trial by the criminal court constituted under the Cr.P.C. To contend that this would have a deleterious and demoralizing impact on the security forces is certainly one way of looking at it, but from the point of view of a citizen, living under the shadow of a gun that can be wielded with impunity, outright acceptance of the proposition advanced is equally unsettling and demoralizing, particularly in a constitutional democracy like ours.

* Allowing the petition, the Court said that it reiterated an earlier ruling “that the use of excessive force or retaliatory force by the Manipur Police or the armed forces of the Union is not permissible. As is evident from the Dos and Don’ts and the Ten Commandments of the Chief of Army Staff, the Army believes in this ethos and accepts that this principle would apply even in an area declared as a disturbed area under AFSPA and against militants, insurgents and terrorists. There is no reason why this principle should not apply to the other armed forces of the Union and the Manipur Police”.

(The writer was one of the Reddy Commission members set up to review the Arms Forces Special Powers Act. This was his initial reaction) 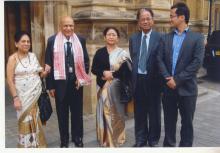