Leopard killed by Villagers in Guwahati 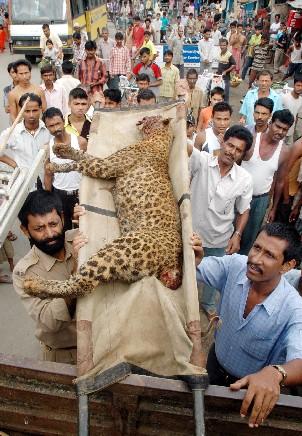 Guwahati : A big cat was killed by the villagers after it had attacked and severely injured two persons at Garobasti in Segunbari hills in the wee hours, under Fatashil Ambari Police Station area in Guwahati.

Guwahati, the capital city of northeastern state of Assam has around eleven reserve forests, having one of the highest urban wildlife concentration in the world.

10 Jul 2012 - 11:19pm | Anup Biswas
In a tragic accident, at least three persons died on the spot and two others injured seriously when two mobikes reported to be pulsar involved in head on collision on 54 E National Highway at...