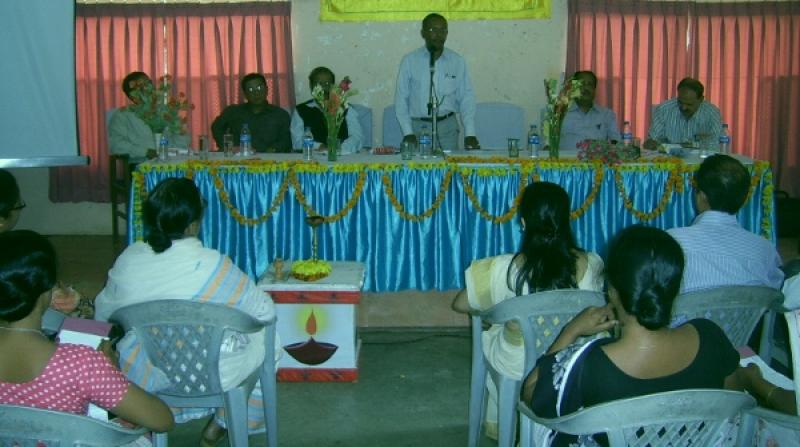 The inaugural ceremony of the programme was presided over by Dr. N. N. Pujari, Sr. Extension Specialist and Incharge of KVKs under Assam Agricultural University (AAU). At the outset, on behalf of the organizers Dr. T. P. Saikia, Programme Coordinator, KVK, Darrang welcome the participants and distinguished guests. The programme was inaugurated by the Chief Guest Dr. S. K. Dutta, Associate Director of Extension Education, AAU, Jorhat and described the history and importance of Women’s Day, Need of Women Empowerment in social upliftment and role, activity and mandates of KVK in this regard. Mrs Rani Devi, noted social worker of Darrang in her speech as guest of honour urged upon Women force to come forward for individual and social development. Distinguished guests Sri J. N. Hazarika, Sri N. Bora of DRDA, Darrang and Md. T. Hussain, SDAO, Mangaldai spoke on the occasion. In his presidential speech Dr. N. N. Pujari congratulated KVK and DRDA, Darrang for organizing the programme and expressed hope for a permanent solution of establishing the KVK, Darrang in a suitable site at the earliest. More than 100 participants of more than 30 Women SHGs have participated the programme.

In the valedictory session the Project Director of DRDA, Darrang Mr. Rakesh Kumar, IAS expressed satisfaction on the programme and in near future also he urged to have such programmes for the greater interest of the society. Three best Women SHGs of Darrang district for the year 2009-2010 were also felicitated in the valedictory function for their outstanding performances.

28 Feb 2009 - 3:56am | editor
Assam Chief Minister has appointed 86 primary school teachers in 12 disitrcts. The appointment letters were distributed at a function on Thursday at Dispur. In yet another decision, the government...