United Liberation Front of Assam (ULFA) chairman Arabinda Rajkhowa, Deputy C-in-C Raju Baruah, personnel security to Rajkhowa Raj Borah were produced before the Magistrate at the court of Chief Judicial Magistrate Guwahati today at 5.55pm amidst tight security. Chairman of outlawed United Liberation Front of Assam (ULFA) Arabinda Rajkhowa said “I have not Surrendered and will not surrender under any circumstances”. He further stressed that there cannot be nay dialogue. I am not here for negotiation on sovereignty."

Permalink Submitted by Jayanta Kumar Das on Sat, 12/12/2009 - 18:11
Isn't Bangladesh the winner? Who knows what happened to more than a few thousand crores? 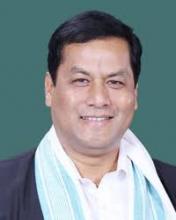 Be a force to be reckoned with: Ghatowar to tea growers

28 Apr 2012 - 11:34pm | editor
Union Minister for DoNER, Paban Singh Ghatowar exhorted upon the small tea growers to maintain quality of their produce to get minimum remunerative price. Ghatowar said the need of the hour for the... 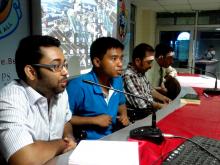