Aryabhatta science Centre, Kalaigaon has formally launched a campaign against superstitions and blind beliefs, particularly against ‘witch hunting’ recently at a work shop cum seminar at Kalaigaon on February 17. Implemented by Assam Science Technology & Environment Council, Guwahati, supported and catalyzed by Department of Science & Technology, govt. of Assam, Aryabhatta Science Centres, (one in each development blocks in Assam) have taken up various programmes to popularize science among students and people of Assam to create awareness for the removal of all kinds of superstitions and blind beliefs. The day long workshop titled “SCIENCE FOR ALL”,was organized at Lokapriya Bordoloi Public School, Kalaigaon on Feb 17, 10 am onwards. More than 300 students under the guidance of teachers from 15 HS, HSS, and ME schools of Kalaigaon Dev.Block took part in the programme. Jayanta Das, coordinator of the Aryabhatta Science Centre, Kalaigaon welcomed all to the programme and explained about the role of the Aryabhatta Science Centre. He said that under the active supervision of ASTEC it had been making science popular in the villages by demonstrating latest technologies of the world for the removal of superstitions and blind beliefs, through work shop, seminars and other activities.

Nabin Chandra Baro, Inspector of Schools, Udalguri district inaugurated the programme at 10.30 am. He said that the real need of time was to make science popular among people so as to understand it for the welfare of the society. Child scientist Arindam Mani Das explained about the space, the universe and the earth with live multimedia demonstration. He in association with Nabajyoti Baruah of CIC Kalaigaon and Sachin Bordoloi of JNV Kalaigaon demonstrated satellite images of the earth revealing courses of rivers, erosions, forests and various places including Kalaigaon with technical help from Google Earth. Noted astronomer and secretary of Pragjyotish Amateur Astronomer’s Association (Guwahati planetarium), U.N Deka (Column writer of Science Zone: Night Sky in The Assam Tribune) in his speech narrated about the sun, solar system, solar and lunar eclipses. He also explained about the total solar eclipse to occur on July 22, 2009 which would be visible from the northern part of Brahmaputra valley. According to him, there would be darkness at 6.30 am for about six minutes in some parts. He also narrated the effects of total solar eclipse on plants and animals and advised students not to panic. He told students about precautions to be taken during the time of watching the solar eclipse. He also demonstrated the latest GPS (Global Positioning System) technologies and their working to the students. Dr. Naba Kumar Das, VAS Kalaigaon, highlighted the effects of superstitions and blind beliefs on human life. According to him witch hunting, snake bites and dog bites had been killing hundreds of innocent people for no reason. He said that although non poisonous snake bite and non rabies infected dog bites are harmless, still most people, including educated people use crude medicines which sometimes prove fatal. He also advised students not to kill snakes as they are explained how ‘witch hunting’ had been taking lives of thousands of people of the country every year. According to him the so called ‘witches were always too poor to defend themselves .He said that it was time for the students an teachers to come forward and join hands to fight against all kinds of social evils, particularly witch hunting .He also said that Earth’s environment must not be polluted at any cost to protect the only known “green planet” of the universe. Shairuddin essential for a stable ecosystem. Noted environmentalist Dr.Budhhin Hazarika Ahmed, better known as ’Plantation Crusader” also attended the workshop cum seminar. Astronomer U N Deka, environmentalist Dr.Budhhin Hazarika and Dr.Naba Kumar Das were also felicitated on the occasion.

Permalink Submitted by Bikash on Tue, 24/02/2009 - 16:04
Basically it is Pani Ram Das family at remote kalaigaon to go ahead with science and technology. 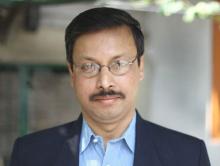 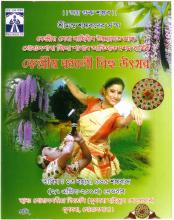 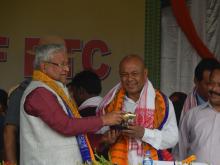