Massive gathering of at least 2 lakh people from across the state and outside make the Sukapha Samanya Khsetra a sea of humanity on Tuesday as the Asom Sahitya Sabha is holding the third day of the 70th session.

The colourful grand event on Tuesday began with a cultural function with the newly elected Asom Sahitya Sabha president and noted litterateur Rong Bong Terang. Several political leaders including Assam Chief Minister Tarun Gogoi along with his several cabinet colleagues were seen sitting on the stage at the open session.

Notably, some anomalies and inconvenience have resulted in some resentment among the visitors and delegates who arrived in Dhemaji three or four days ago. But the Sabha officials have denied large scale inconvenience and anomalies.

Permalink Submitted by Dr Sanjib Khargharia on Wed, 18/02/2009 - 17:42
I would like to thank the organizing committee and people of Dhemaji for hosting the Asom Sahitya Sobha at Sukapha Samanya Khestra. It is realy a great occasion for the people of Dhemaji as well as Assam. 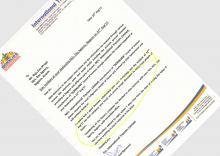 28 Aug 2017 - 10:51pm | Sanjoy K Kakati
Raju Das, the Nagaon incident accused who deals in tractors in the central Assam district has lost his dealership.  In a letter, the International Tractors Limited has confirmed the action...

7 Mar 2013 - 10:24am | AT News
Beware Guwahatians. Ulfa's Paresh Barua faction plans to blow up Guwahati. According to sources available with the government, a group of dreaded Ulfa militants has sneaked into the city with a plan...