23 Apr 2009 - 1:04am | editor
Amid tight security voting negins in Assam in its 11 Lok Sabha constituencies on Thursday. The voting began at around 7 in the morning to decide on the fate of altogether 127 candidates in the second... 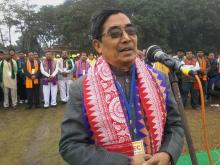