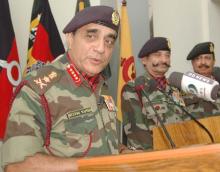 14 Mar 2012 - 2:55am | editor
Two persons dead and two others sustained serious injury when they were hit by shells used during firing practice by army personnel in Baksa district on Tuesday. The accidental shoot out took...