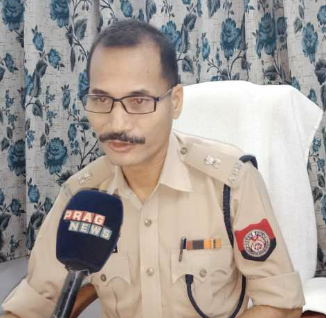 Hojai: In yet another major achievement, the Hojai police have rescued a woman and her child  from the clutches of traffickers from a red light area in Siluguri.

According to additional SP Ajagwran Basumatary who spoke to media after the achievement, the woman and her child are being brought back safely.

According to Basumatary, a five member team headed by SI Anthony Rongpi managed to rescue her with the help of West Bengal police 15 days after a gang of three traffickers kidnapped her along with her 5 year son.

Acting of the suspension  after registering the case, police picked up one Farizuddin along with his wife from Murajhar area. During interrogation, the couple named Jariuddin from Karimganj whom the police arrested from Dimapur on April 15.

On receipt of the vital clue, the five member police team with help and cooperation from West Bengal raided my places in Siluguri for three days and finally they rescued the woman and her child.

3 Jul 2012 - 2:10pm | editor
Army steps up relief and rescue operation in the flood-hit Assam where 77 people were killed. Talking to reporters in Guwahati on Monday, Red horns division, GOC major General RN Nair said that the...