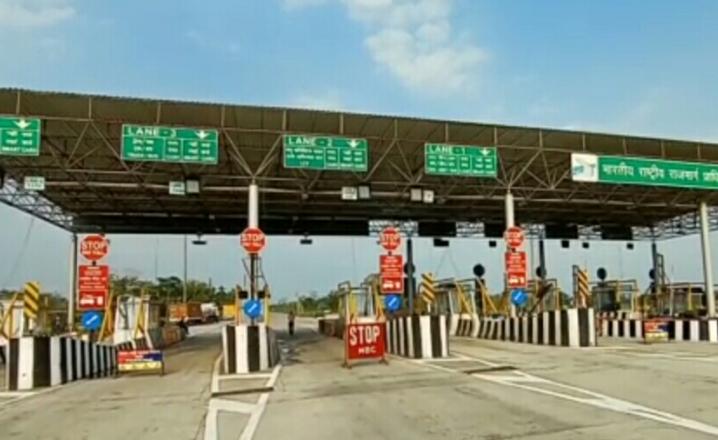 Raha: The hue and cry to stop the toll plaza in Raha on the National Highway No 37 has proved to be a futile exercise when NHAI has resumed tax collection from Monday.  That too before the end of the nationwide lock down to keep the killer COVID19 at bay.

Following the strict safety guidelines, the employees donned masks and hand gloves and started collecting taxes from the vehicles plying on the vital road.

The authorities told Assam Times that they have engaged only 4 employees impeach of the toll plazas to ensure social distances in the time of Coronavirus.

National Highways Authority of India (NHAI) had suspended toll collection on all national highways after the 21-day nationwide lockdown which was announced on March 24.

29 Apr 2009 - 10:04am | editor
A day after the deadly attack, the tiny village at Maibong in North Cachar is grappling with fear. The death toll in the Dimasa village at Yah has reached 4 and more than 40 houses were gutted when...

18 Apr 2015 - 5:51pm | AT News
A local court in Guwahati remanded Anil Chauhan to 5 days police custody again on Saturday. The Kamrup CJM allowed Basistha police to take the carlifter in its remand when he was produced before...