Hojai- In a bid to aware people and To mark the 150th Birth Anniversary of Mahatama Gandhi Food Corporation Of India , Food Storage Depot in Hojai Organised Swachta Hi Seva programme on Tuesday at FCI campus in Hojai with day long activities. A mass awareness rally was taken out by the energetic workers of FCI in the presence of Anil Kumar Burma,Area Manager,Nagaon , Deepak Kumar, Manager, FCI,FSD,Hojai and Biju Das, Ex-Manager,FCI,Hojai at the FCI campus.During the whole rally  they were holding placards that read slogan of Swach Bharat.Speaking on the Occasion, Area Manager Anil Kumar Burma said," This is the beginning, it's our responsibility to keep our surroundings neat and clean,Our duty is highly important as We are Food supplier from here only food goes to everyone's home." He lauded the efforts of Deepak Kumar,Manager,FCI, Hojai, under whose direction this significant programme was organised in a befitting manner. Deepak Kumar said," Swachhta Hi Sewa campaign began in Hojai from 15th September  to 2nd October, during this 17 days we have worked as per the responsibility that was assigned to us as per mail from our Headquater in New Delhi." "To encourage the workers, a token of appreciation momento was presented  to some of them",he added. Also, Neem tree's were planted in the FCI premises.

On the other hand, SOS CHILDREN'S VILLAGE paid tribute to Father of the Nation with Swachh Bharat Abhiyan at Civil Hospital in Hojai on Tuesday. Children's of SOS along with Village Director Paresh Badyakar cleaned Civil Hospital Campus and also distributed fruits between the patients. Talking to this Correspondent , Village Director Paresh Badyakar said," SOS Children Village participating in this abhiyan to inculcate the good attitudes towards the nation and within themselves. 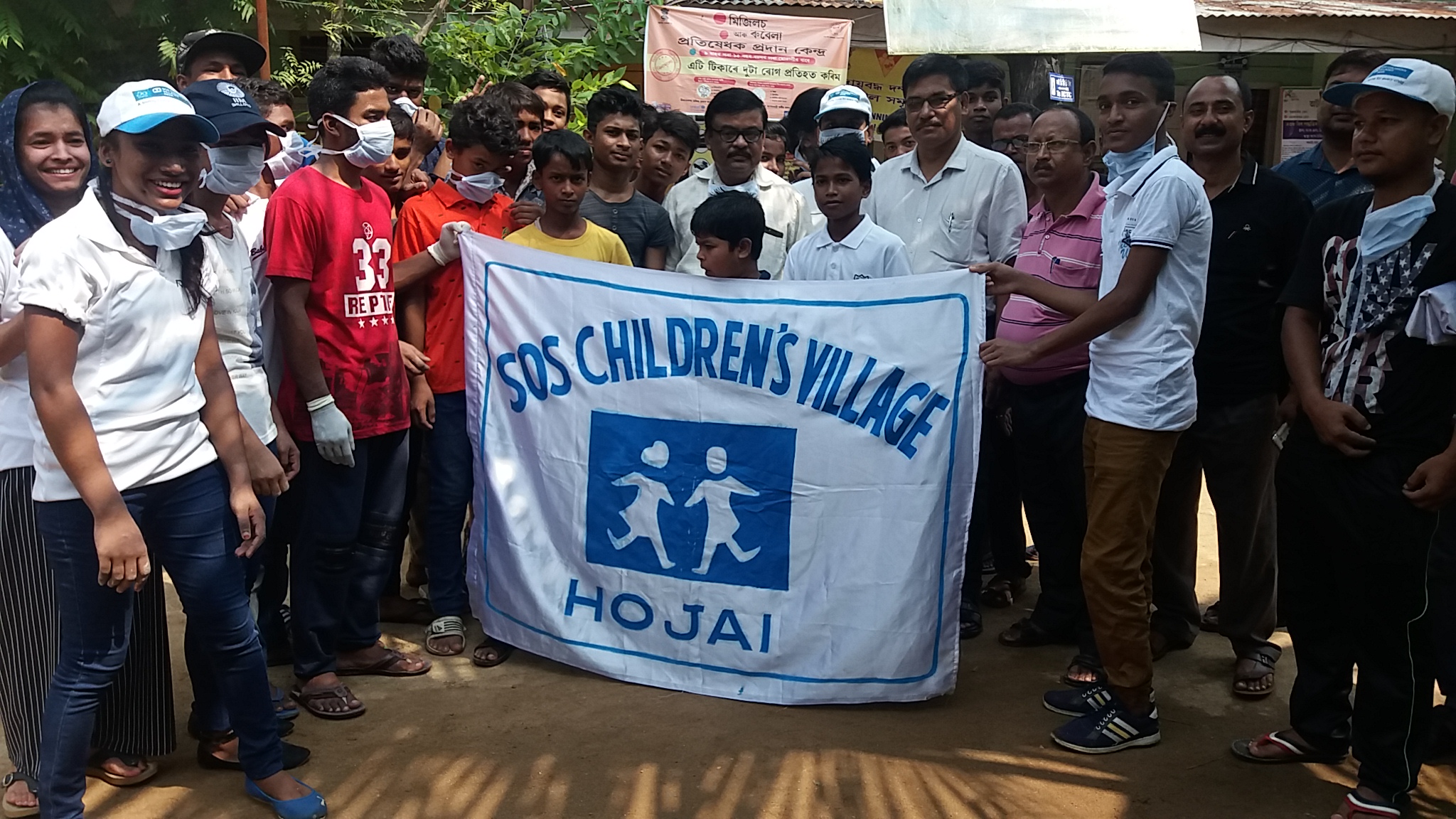 30 Aug 2015 - 10:26am | AT News
Stunned by BJP’s U turns on many issues, the Asom Gana Parishad and Congress are learnt to have been inching closer to each other hardly six months before the assembly polls. A section of Congress...

14 May 2015 - 5:49am | AT News
The Students Federation of India is all prepared to gherao Dibrugarh University authority on Thursday alleging failure to conduct examination to help the students clear backlogs. Talking to Assam...
Follow @Assam Times