HOJAI:- Along with rest of the World, the 4th International Yoga day was celebrated in Hojai on Thursday under the aegis of Hojai District Administration at Hojai Indoor Stadium Campus.

At around 6:45 AM in the morning, the programme began with lighting the lamp.  Hojai's MLA Shiladitya Deb along with Deputy Commissioner of Hojai District Manvendra Pratap Singh, IAS, Superintendent of Police Ankur Jain,IPS and officials from all the department's were present on this occasion.
Speaking on the occasion, Legislator Shiladitya Deb said,"Yoga brings a balance between the mind and body and enables an individual to go along a right track"

Deb further stated that in present day context nearly 185 countries are eyeing on India to learn the skills of Yoga, but our youths are enaging themselves in Gym.He urged the denizen's of Hojai to practice Yoga for 15 minutes in regular basis.
DC Manvendra Pratap Singh  said, “Performing yoga improves the overall health condition of a person reducing stress and other form of ailments.” 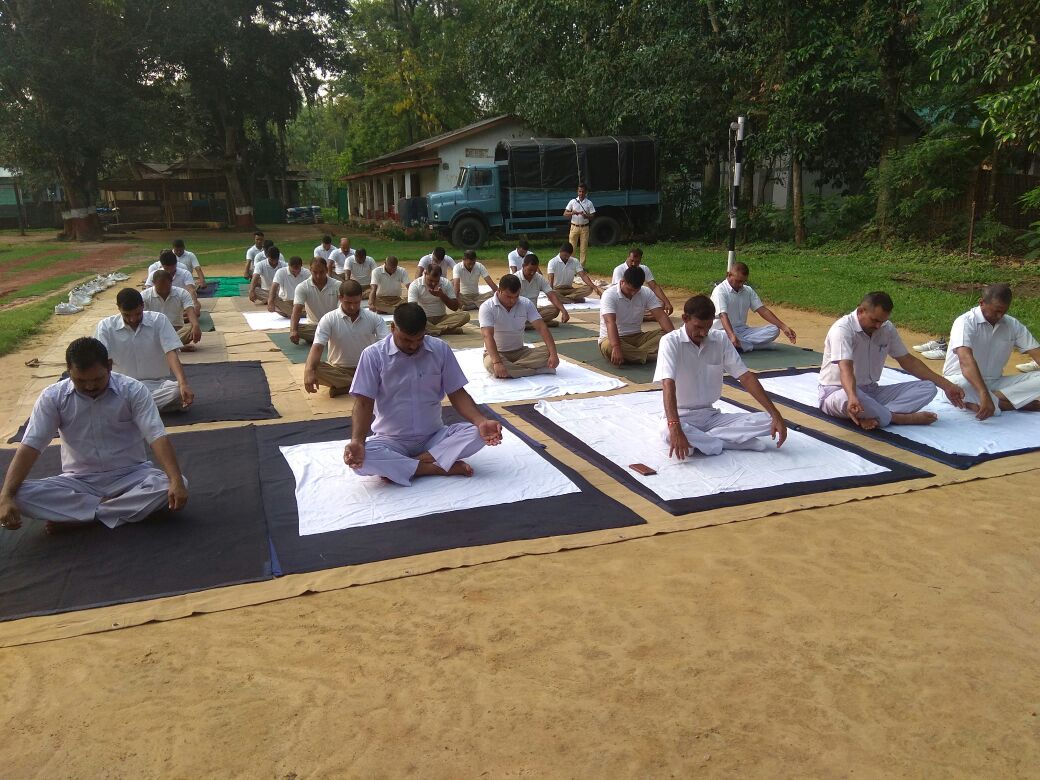 31 Mar 2008 - 3:09am | editor
Peace broker and MASS leader Lachit Bordoloi has been arrested under the National Security Act on Sunday accusing him of link with ULFA. Mr Bordoloi was detained in Moran in February following a set...

29 Jul 2012 - 3:07am | editor
Prime Minister Manmohan Singh’s visit to Kokrajhar was delayed by a few hours when his helicopter returned midway from a flight on Saturday due to a technical problem. The Prime Minister's...