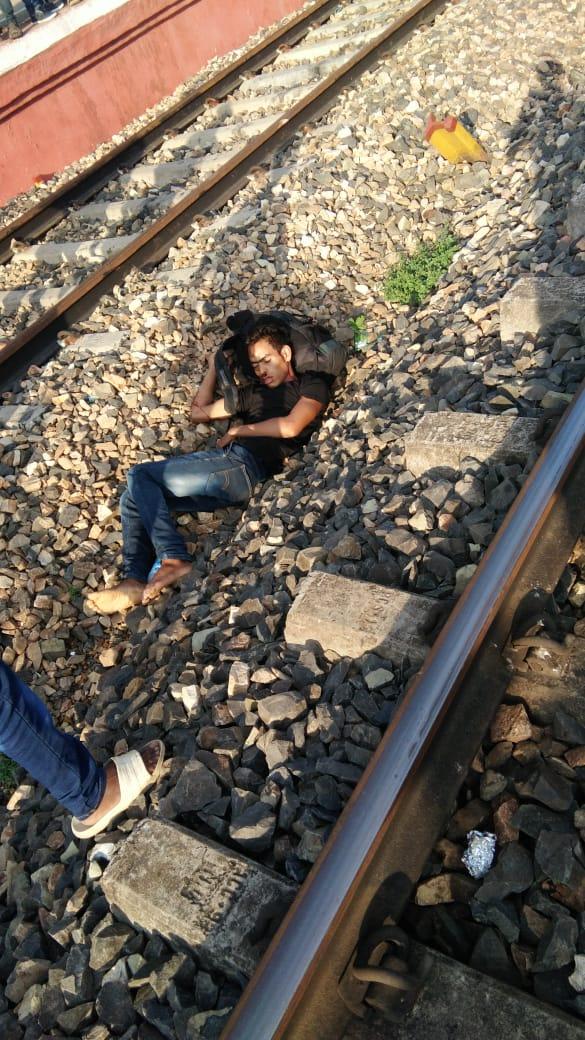 HOJAI: A sensational shocking incident of Jumping from a running train took place on Monday Evening at Hojai Railway Station.

As per Railway Protection Force a Young boy identified as Barhanuddin (18 ) son of  Hassan Raja , Ward No 5 of Daboka in Hojai District jumped from running Train No. 15903 Dibrugarh Chandigarh Express at around 4:35 PM.

The  severely injured boy was immediately admitted to a Private Hospital in Hojai.  Seeing his critical condition Doctors referred him to GNRC in Guwahati.

As per RPF Sub Inspector Panchu Ram Meena, the boy was coming to Hojai from Dimapur. But this train had no stoppage in Hojai station. Seeing his station passing by boy jumped off  the running train  and this accident took place.

Panchu Ram Meena has appealed the mass that  before boarding in any train the passenger should inquiry properly to avoid any type of accident's.

6 Jun 2011 - 10:29pm | editor
Some unknown persons triggered two bombs at the residence of a social worker at Kamfasong village, Fungreitang about 3 km east of Ukhrul police station in Ukhrul district of Manipur, official...